In times of a public health crisis, the numbers show that Instagram can play a significant role in strategic communication for governments.

Communication between governments and citizens has changed over the years. The digital era has provided state actors with new channels to spread their messages. Different channels offer different types of outreach. Nevertheless, successful communication requires consistency and coordination.

This is even more important in the current crisis we have witnessed with the coronavirus pandemic. In order to stay in touch with citizens, politicians and state authorities must adapt and use popular digital platforms. Social media networks that focus on sharing photos and videos — particularly Instagram and Snapchat — are the most popular form among the youth. Through a thorough analysis of Instagram accounts of selected state institutions and elected representatives in some Western and Central Eastern Europe, the following trends have been identified.

This study shows that Austrian Chancellor Sebastian Kurz and German Chancellor Angela Merkel have favoured Instagram stories over regular posts when informing the public about COVID-19, the disease caused by the novel coronavirus. Kurz has shared stories containing Q&As about the virus and state restrictions to curb its spread, which has meant information is easily accessible to younger citizens. Special attention has been given to reliable sources, from where users can find further details. This is crucial in helping to direct people to trustworthy information and limit the spread of disinformation online.

From February to April, Kurz’s followers doubled, making his Instagram account the most popular among leaders in Central Europe. A higher number of followers correlates with greater support of leaders in polls observed in March and April by Politico. 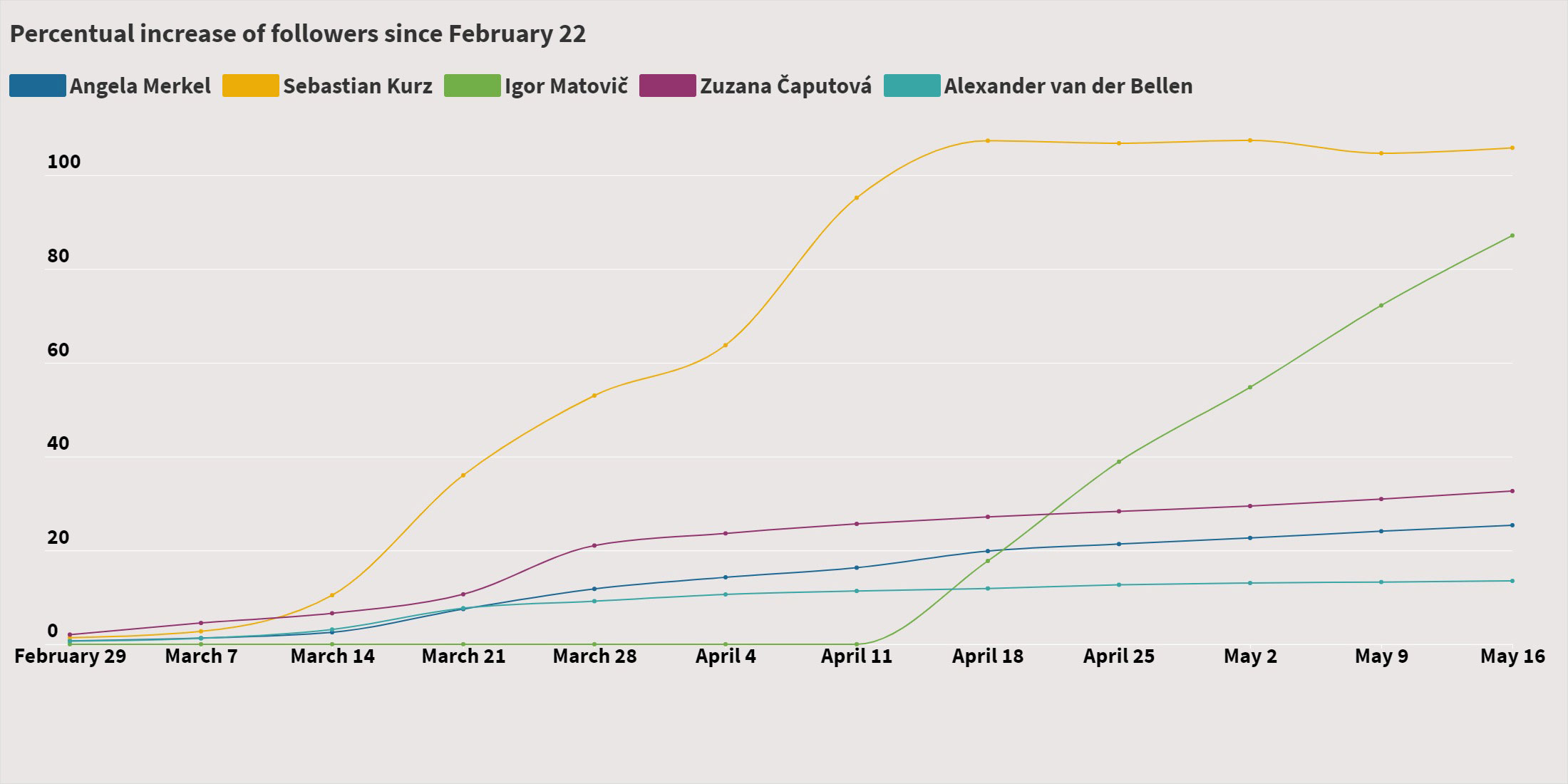 Figure 1: A percentile increase of followers since February 22.

In both Austria and Germany, there has been a shift in voter preferences. In May, 44% of voters favoured the Austrian People’s Party, which was a rise of 4% from before the coronavirus lockdown was announced in March. In Germany, the Christian Democratic Union saw an increase from 27% to 38% during the same period. While there has also been a significant change in the case of Slovak Prime Minister Igor Matovic, he only joined Instagram on March 5 and, therefore, it is too soon to examine his performance on the platform and the subsequent impact on his popularity with voters.

Public personalities urging people to stay at home were also featured in videos shared by the German Federal Ministry of Health. The campaign used the hashtag #schauaufdich, which translates to #LookAfterYourself.

Figure 2: A comparison of the average number of posts per day between March-May and December-January.

The Czech Republic and Slovakia

The Czech government opted for short, explanatory videos with health experts and other public figures. This involved featuring a popular personality, or someone with an expert status, who explains all necessary information to citizens. The tactic appears to have gained popularity among users.

Instagram accounts of all governmental bodies focused on the fight against COVID-19 have seen significant increases in followers. The record-breaker is the German Federal Ministry of Health, which saw its number of followers rise by over 3,911% between March 1 and May 15.

The accounts of Czech and Slovak public representatives differ from those of their Western neighbours, particularly in their efforts to inspire people to follow protective measures against the virus. In particular, this has involved showing politicians wearing face masks on their social media posts.

Figure 3: A comparison in the number of followers between March 1 and May 15.

The Slovak president, Zuzana Caputova, has tried to lead by example and contributed to the campaign with the hashtag #ruskoniejehanba (#MaskIsNotAShame). This may have helped with containing the virus in Slovakia or the Czech Republic. The Slovak government has also used its account for the promotion of a state website that was created specifically to give citizens reliable information about the coronavirus.

The main difference between institutional accounts and personal accounts of politicians is the objective of the message. Political figures tend to project their personality either by posting strong messages or by informal photos from their office. Institutional accounts focus primarily on informing the public about important events, news and, in the case of combating the coronavirus, measures and recommendations to protect the health of citizens.

Although both types of accounts focus on a different goal, the numbers show that Instagram can play a significant role in strategic communication. Indeed, it should not be disregarded as simply a platform of amusing selfies or videos.

During such a public health crisis, citizens demand more information from both elected representatives and public institutions. This fact is underlined by rising rates in followers on social media. In times when there is a lack of interest in politics among young people, this might be a strategy to increase communication with the youth. It is crucial for governments to be present on this platform in order to engage with this audience.

The article was originally published on the Fair Observer website on 2 July 2020.

Is V4 ready to survive the new tech regulations?

Although innovation is a driving factor of economic growth and social change, CEE countries still

On September 10, 2001, the world seemed to be heading in a predictable direction. The

This website uses cookies to improve your experience while you navigate through the website. Out of these, the cookies that are categorized as necessary are stored on your browser as they are essential for the working of basic functionalities of the website. We also use third-party cookies that help us analyze and understand how you use this website. These cookies will be stored in your browser only with your consent. You also have the option to opt-out of these cookies. But opting out of some of these cookies may affect your browsing experience.
Necessary Always Enabled
Necessary cookies are absolutely essential for the website to function properly. These cookies ensure basic functionalities and security features of the website, anonymously.
Functional
Functional cookies help to perform certain functionalities like sharing the content of the website on social media platforms, collect feedbacks, and other third-party features.
Performance
Performance cookies are used to understand and analyze the key performance indexes of the website which helps in delivering a better user experience for the visitors.
Analytics
Analytical cookies are used to understand how visitors interact with the website. These cookies help provide information on metrics the number of visitors, bounce rate, traffic source, etc.
Advertisement
Advertisement cookies are used to provide visitors with relevant ads and marketing campaigns. These cookies track visitors across websites and collect information to provide customized ads.
Others
Other uncategorized cookies are those that are being analyzed and have not been classified into a category as yet.
SAVE & ACCEPT
Powered by