The arrival of 15 Russian military planes filled with vehicles, doctors and medical supplies to Italy at the peak of COVID-19 pandemic in March was seen by many as a helping hand and an act of solidarity which received huge media attention. The transport of this equipment half-way through Italy on military trucks adorned with signs emblazoned with “From Russia with Love” prompted some people to question the nature and purpose of the whole operation.

When the equipment that was brought by the Russian planes was offloaded, according to a La Stampa investigation, it was described as “80% useless or superfluous”. This assistance then started to look like a PR stunt. Moreover, it turned out that the Russian Army’s Radiological, Chemical, and Biological Defence unit that was sent to Italy was controlled and staffed by the GRU, Russia’s military intelligence service.

When a local municipality in Prague decided last autumn to remove a statue of Ivan Konev from a square in Prague’s sixth district, few people noticed and it did not create a lot of media buzz. Konev was a World War II Red Army commander who liberated Prague from the Nazis, but who also led the bloody suppression of the anti-Soviet 1956 Hungarian Uprising and chaired the Soviet military delegation sent to Prague to prepare for the 1968 Moscow-led military invasion of Czechoslovakia to crush the pro-democracy Prague Spring.

The decision to remove the statue was immediately noticed by Kremlin and it did not take long to escalate into a wave of complex and coordinated actions that included public demonstrations, disinformation campaigns, the adoption of special legislation in the Russian Duma on the protection of Soviet war memorial, physical attacks against the Czech Embassy in Moscow, crippling malware attacks that disabled computer systems in several Czech hospitals during the COVID-19 pandemic and even rumours of an assassination plan against the mayor of the district where the Marshal Konev was located.

Similarly, when the infamous Russian motorcycle club the Night Wolves decided to open its European headquarters in Slovakia in the summer of 2018 in a military base-like compound, it was a surprise for the Slovak authorities who were hastily looking for some adequate response.

In addition to playing a role in Russia’s occupation of Crimea and the fighting in the Donbas alongside pro-Russian forces, the Night Wolves are an ideal messenger of pro-Russian narratives and who shield their activities behind the commemoration of victory over Fascism in the Second World War.

The Night Wolves’ annual motorbike rides from Moscow to Berlin attract significant attention from both the media and the local population. The fact that the leader of the Slovak branch of the Night Wolves was pictured with Vladimir Putin and the Night Wolves’ founder, Alexander Zaldostanov, should be a sign of how important and close to the Russian administration the group actually is.

More interestingly, the very same compound that houses the Night Wolves Slovak operations is also being used by other Slovak pro-Russian paramilitary groups for military training exercises that involve refurbished armoured personal carriers and blank-shooting Kalashnikovs, preparing for a conflict with enemies of the Slovak nation.

These three cases, separated both in time and geographically, are a vivid representation of a hybrid threat phenomenon and an illustration of the difficulties individual countries have when faced with its consequences. Whether it is presumably innocent Russian medical assistance that turned out to be an intelligence gathering and influence operation,  diplomatic pressure that involves a sophisticated disinformation campaign, or the use of proxy actors such as motorbike groups to spread a particular narrative, all are parts of a larger strategic effort to influence, manipulate and weaken existing alliances and structures like NATO and the EU.

While the EU has started to implement some strategic measures to increase its resilience and revamp existing structures and strategies, the progress achieved so far is not in line with the fast-evolving nature of the threat. On a positive note, structures such as the Council of Europe increased awareness and have produced a lot of practical and meaningful results, but the impact on individual countries varies greatly.

Since one of the most important elements of any hybrid campaign is an information operation in the digital space (which is dedicated to obtaining a decisive advantage in the information environment by using particular narratives, misinformation, or information framing), the ongoing public consultation on the Digital Services Act roadmap is a great opportunity to address the inability of social media platforms to make meaningful progress in containing the spread of disinformation. The Digital Services Act would be a crucial juncture and would not only shape the European regulatory landscape of digital services but would be a norm-setting exercise with potential global impact.

However, the information operations are far from the only elements used in hybrid scenarios by hostile foreign powers. Strategic corruption, clandestine or not-so clandestine support for political parties favourable to the Kremlin, circumventing election campaign restrictions on foreign funding, the cultivation of various anti-system, paramilitary and vigilante groups or cyber-attacks are equally important vectors used in complex, long-term strategies aimed at weakening and disrupting our societies. One particular example involved the use of so-called mask diplomacy by China during COVID-19 pandemic, using the medical emergency and dependency of many countries on medical imports from China to score favourable media coverage and apply diplomatic pressure on countries in a very vulnerable situation.

If we are to succeed in this struggle, more focused attention, supported by the corresponding political will and resources, would be required both at the level of the EU as well as at the level of the individual member states. The European Council’s conclusions on hybrid threats adopted last December are a good sign of increased attention, yet these should be matched by a tangible and practical follow up.

There are many examples of successful approaches in different EU members states from the online elf vigilantes in Latvia, to the robust operation of Sweden’s Civil Contingencies Agency, and civil society initiatives such as the society-wide approach developed by GLOSBEC in Slovakia.

Hybrid threats are evolving at a fast pace. The make use of AI, big data, micro-targeting, and all other technological advances. The boundaries between military and non-military threats are becoming blurrier as our adversaries employ non-military tools and complex strategies to achieve an impact that had previously only been possible through the use of force.

The future of confrontation will be hybrid, so must be our collective response.

The article was originally published on the New Europe website on 2 July 2020. 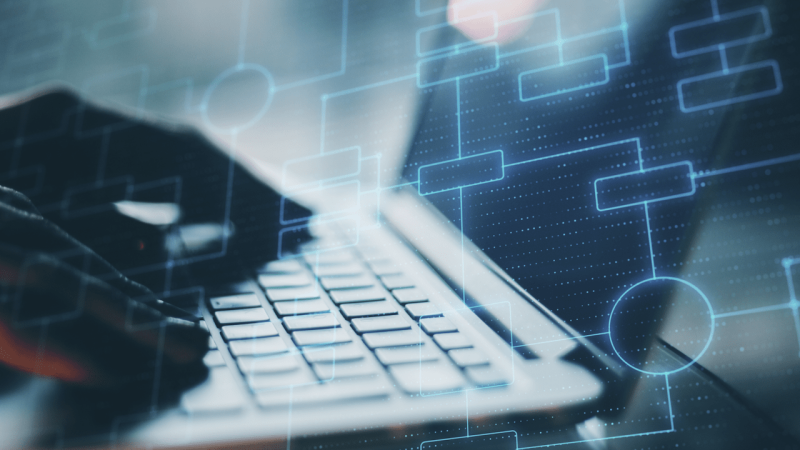 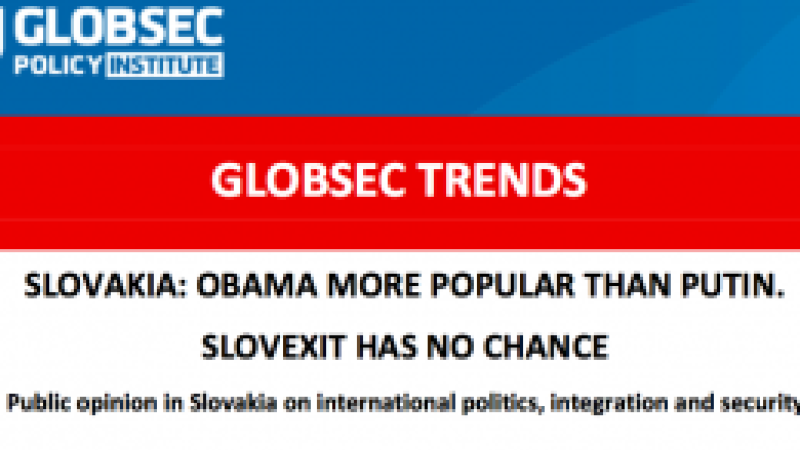 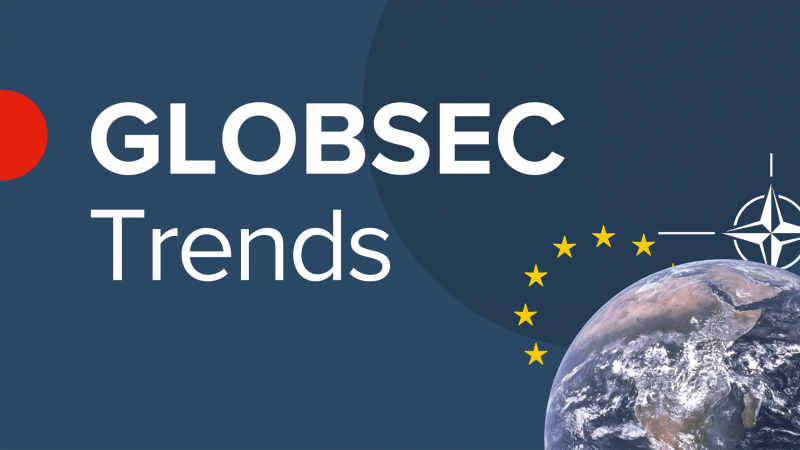 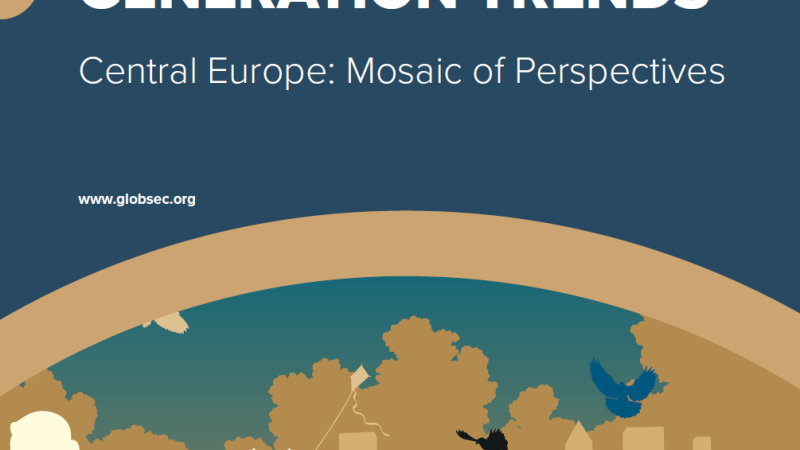