How Problematic is Terrorist Recidivism?

Released terrorist prisoners committing a runner up terrorist act caught the media’s attention at the beginning of this year. The UK has suffered a string of three such attacks on the public, in November 2019, February 2020 and June 2020, which made this country and the topic of terrorist recidivism dominate the security sections of European news for a while. Since then we have seen the UK respond with a proposed bill that is currently making its way through the House of Lords. It aims to prolong the harshest sentences from 10 to 14 years, curb early releases for dangerous terrorist convicts and require using a polygraph among other things. But is terrorist recidivism as big of a threat as it seems and is the Counter-Terrorism and Sentencing Bill the right answer to it? Let us explore the data to see if it indeed hits the spot or actually, misses the mark.

A drop in the ocean

Last year, a central European think tank GLOBSEC, based in Slovakia, published the Final report on its crime-terror nexus project where it noted two categories of recidivism among the terrorists in its database. There were individuals who perpetrated criminal activities (sometimes holding multiple offences) for which they were tried and later re-offended committing terrorist acts. This is not the issue that the proposed bill is trying to solve, in fact, this is a highly complex problem related to the socio-economic sphere. There are dynamics between the criminal and terrorist milieus and a mix of ideological, social, and pragmatic reasons for moving between the two environments. In short, a further qualitative study would be needed to explain the details of such dynamics.

The second category was made up of terrorist re-offenders, meaning they committed a terrorist act for which they have been sentenced and then they committed more terrorist acts afterwards. These would be individuals that in all probability are still radical in the ideology and show resistance to leaving the milieu. Such individuals bring forth the debate on deradicalization programmes, their efficacy, and the tools that evaluate how radical their behaviour is or if they are a threat to society. This is the issue that the Counter-Terrorism and Sentencing Bill is trying to solve.

However, the data is showing a trend that terrorist recidivism in this understanding is a very rare phenomenon. The team around Fernando Reinares from the Elcano Royal Institute in Spain have found only 14 out of 199 individuals re-offended as terrorists between 2004 and 2018, showing a 7% terrorist recidivist rate. In the Netherlands Liesbeth van der Heide and Bart Schuurman registered 8 out of 189 (4.7% rate) individuals suspected or convicted of terrorism that participated in a reintegration initiative within the Dutch Probation Service. Even, the UK government’s own numbers show a low rate of 3% or 6 out of 196 terrorist offenders released between 2013 and 2019.

Is the UK going the right way?

Now of course just because the rates are low does not mean terrorist recidivism is not a problem. A response to the recent attacks is needed and if there are solutions available, it is logical governments are going to attempt to implement them to make their countries safer. The bill introduces longer sentences for the hardest terrorist acts such as membership in a terrorist organisation. Spending more time in prison can keep the society safer for longer, but it is equally important to answer whether it helps the convicted integrate back to his community or, conversely, make him/her more radical. Prison, after all, is a place where one may be vulnerable, feeling injustice, and this can be taken advantage of by skilful radicalizing agents. At least that was the thinking until not so long ago, but the data on prison radicalization suggests that it is not a very frequent phenomenon. Besides the already mentioned study by GLOBSEC that found prison radicalization in 6.5 % of 235 cases from 11 European countries in 2015, this idea that it is a minor occurrence is also supported by Andrew Silke’s, Thomas Renard’s and others’ research. Having said that, 5 out of the mentioned 8 individuals that participated in the Dutch programme offended again in prison, which is something to consider.

Common issues with such programmes are distrust of interlocutors, voluntary basis, or a lack of engagement. Often the programmes are not evaluated for efficacy and sometimes run by NGOs with little information reported. Another issue is once the prisoner has been released, they were not always assessed as a continuing threat, meaning some were not surveyed and they actually re-engaged in terrorist-related activities. This caught the law enforcement and public off guard when for instance Usman Khan attacked. That being said, what is agreed among experts is that prisoners should not be released automatically after serving half of their sentence, but rather have the Parole Board involved which would grant them permission for a release after having served two-thirds of the sentence.

It’s been pointed out that recidivism is not the biggest problem here and prison radicalization is not either. The problem of today’s jihadis must then lie in an earlier stage of their pathway to terrorism. It is that terrorist groups can still attract new people to join them in the first place. The ideology is adaptable enough to be able to capitalize on existing vulnerabilities of the individuals. In other words, it makes sense to focus more on looking into the radical environments outside prisons and focus more resources on the preventive measures.

Not all radical groups are the same. There are those such as ISIL that are openly radical and use terrorism to reach their goals. But there are also those that do not appear radical at first glance and there is usually more to them than meets the eye. The difference is in their method. Such secretive groups vet and choose their members very carefully and are then able to influence public debates and policies with a relatively small network thanks to a large scale of activity. In their community work, they focus on the Muslim identity and juxtapose it against the Western lifestyle, and how the two are incompatible. As a solution, they promise a different system, one that is completely subordinated to the religious authorities and the political, religious, private and all other aspects of life follow it.

One such group is the Muslim Brotherhood, which is well established in many European countries. However, recently countries such as France, Germany or the UK have started publicly naming and shaming groups that are active proponents of political Islam. These are signs of wider strategies that include new actors and a much-needed focus on prevention. Since the data show terrorist recidivism is a minor phenomenon, the focus of the Counter-Terrorism and Sentencing Bill is slightly missing the mark. On the other hand, this new trend of dealing with Islamist groups at the same time is a hopeful effort on the part of the mentioned countries. What remains to be seen, however, is how much groups such as the Muslim Brotherhood are represented and active in countries of the eastern regions of Europe, their new possible hideaway. Some countries used infamous anti-immigration rhetoric, which may exacerbate the situation, forcing such groups into bigger secrecy, or it can just as well limit their activities. It is a different approach than we see in the West, but it would be interesting to compare the first results of both.

The article was originally published on the Conversationally Speaking website on 20 August 2020. 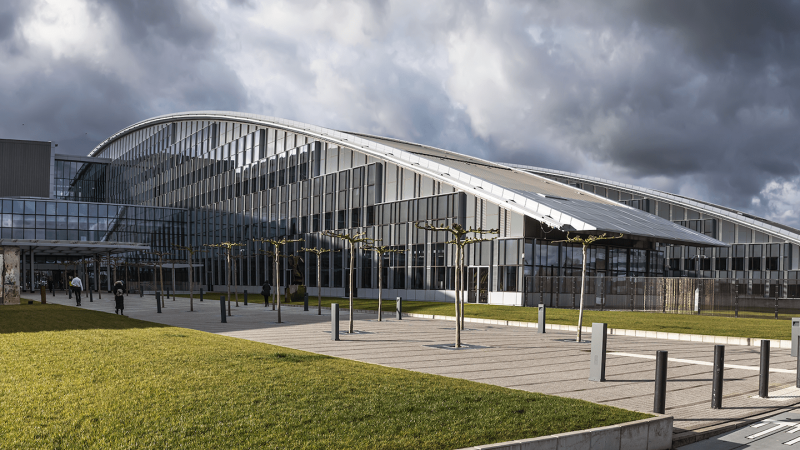 Later this week, NATO defence ministers will hold a two-day ministerial meeting via teleconference to assess the current secu 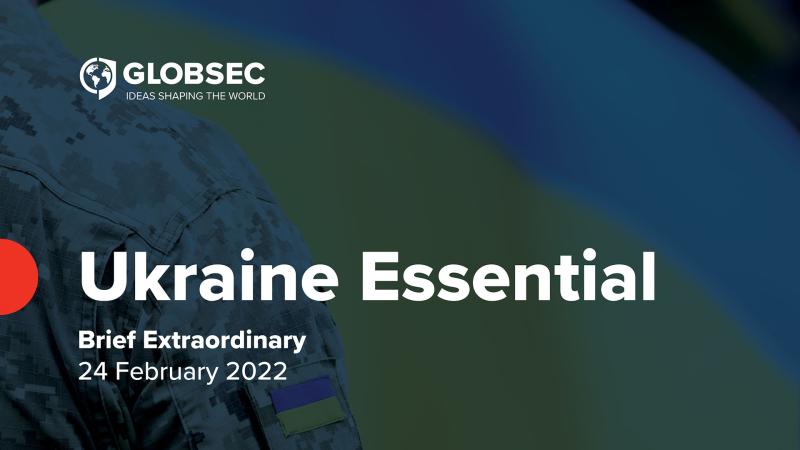 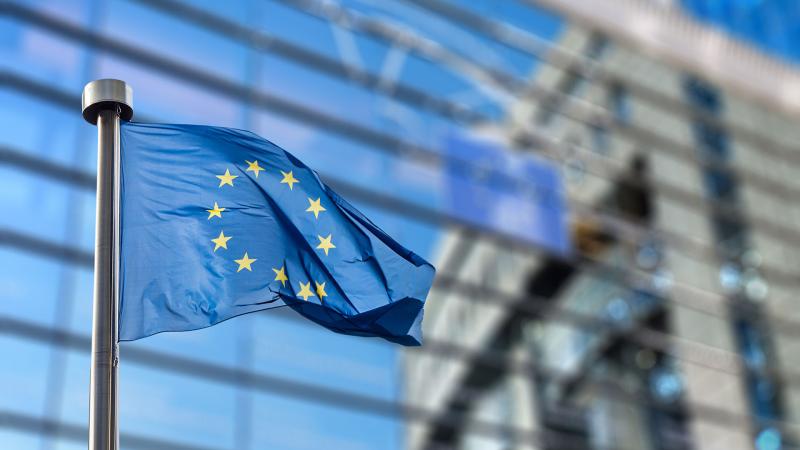 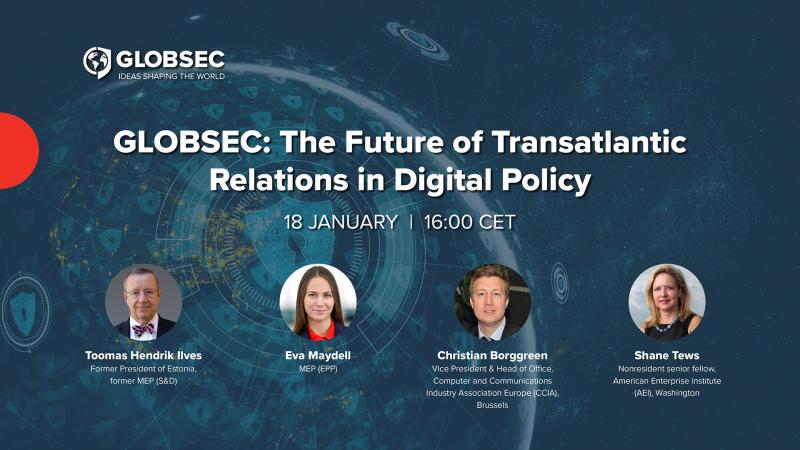 18.1.2022 - GLOBSEC: The Future of Transatlantic Relations in Digital Policy

In December 2020, the European Commission presented its new digital legislation proposals. With record speed, the Council and Parliament took their posi...