Macron as an inspiration: did he provide a recipe to revive the trust in the EU?

Note of caution: the author of this blog believes that positive effects and impact of the European Union (EU) on its member states is incontestable and thus did not deem necessary to demonstrate the importance of using and pushing for the positive EU narrative within its member states.

The trust in the EU among its citizens is comparably lower to what it was eight to ten years ago. As the autumn 2016 Standard Eurobarometer mapping the attitudes of the citizens in (still) 28 member states showed, while 48% of people trusted in the EU in the first half of 2006, only 33% did so 10 years later. Ever since 2010, the percentage of those who tend not to trust the EU has been higher than of the ones who do so (with the latest polls showing 18% difference between the two). The EU’s image has been experiencing similar trends. Although the positive image still dominates the negative, the former has declined from 46% to 35% in ten years.

In general, the reasoning is connected to the widely debated tiredness and frustration in the aftermath of crises the EU has faced and still faces today (the steepest decline in trust and image is indeed observable in 2009 and 2010). And, naturally, due to the discontent with the status quo and crises-management, the population seeks for changes. As the course of history has shown, this dynamic is not new. Likewise, it is no novelty that political leaders must respond and react to these frustrations on a constant basis. The political rhetoric in many parts of the region often seems to copy, or even cherish, the negative attitudes and criticism though. It seems as if, in many parts of the EU, the need for change or revision has only been seen as a free space for critique and blame-game. As if the only viable ways of fixing a complex machine was either pushing it manually against its own will, taking as many components out as possible to make it a simple easy-to-fix old-timer, or just turning it into scrap.

But the story of Emmanuel Macron has shown there might still be a strong will to upgrade the machine. During his election campaign, the positive narrative about the EU was evident, emphasised and strongly put forward. Naturally, a wider mixture of factors has contributed to his success. Many have been linking it to the “fresh wind” he brought onto the French political scene. Detachment from the traditional party, younger age, relatively low prior engagement in politics (which allowed him to play on an anti-establishment card), and a well-developed skill of persuasive public speaking combined resulted in a great portion of charisma capable of intruding the French political scene and blurring the traditional left vs. right division. Nonetheless, solid and open support for a stronger EU might have as well been regarded as the “fresh wind”. Compared to popular Eurosceptic (or at last careful) treatment of these topics in many parts of the region, Macron’s strong emphasis on the bright future in a more integrated and united EU felt quite refreshing (e.g. Europe makes us bigger, Europe makes us stronger or Leaving Europe, that's a war).

In the era of questioning of globalisation and fears that the openness might be on the retreat, the candidate in a country with strong patriotism and historical pride openly supported and advocated for openness and EU values, and refused to add up to the blame-game towards Brussels. During one of his rallies in late April, he even addressed the crowds with the words: “…once there is a difficulty, we explain it as the problem of Brussels, as the problem of Europe. No: it’s our fault because Brussels, it’s us, it’s our sovereign choice. It is, first of all, ours.”

His technique of reviving trust in the EU’s capacities was similar to the quote above. Case by case, argument by argument, he was countering the claims building on nationalism and Euroscepticism. What is more, his strong point was not only in using factual claims refuting any misconception of the EU, its functioning and its effects on the country; he has shown ability to use them and sell them to the public by provoking emotions and sentiments of hope towards better tomorrows.

His successful campaign tactic now seems to bear some fruit to the project in the near future. The question is, to what extent did a good campaign strategy, charisma and glory of an individual dominated over the thematic priorities and goals he advocated for. This will be observable in two ways. Firstly, the polls about the EU’s popularity in the following years might be giving us a hint of whether there might be any possible correlation between the leader’s rhetoric and public opinion.

Secondly, the achievement of his campaign did not keep others restless. In Hungary, a young people’s movement Momentum is planning to intrude into Hungarian politics by scrapping left vs. right divisions and bringing a new fresh “blood” onto the scene. Likewise, after being appointed a leader of Austrian People’s Party (ÖVP), the current Austrian foreign minister Sebastian Kurz (became the youngest foreign minister in 2013) has announced to remodel his party by putting forward a list of independent candidates instead of the party’s constituency selection process. This also means that, in the next parliamentary election in October, the party will be presented as “The Sebastian Kurz list - The New People's Party”. Many outputs (see e.g. DW, The Guardian or The Telegraph) have been comparing the strategy to Macron. Likewise, there is a hope that Kurz could overrule the currently popular far-right FPÖ in a similar manner as Macron did with the Front National. However, whereas the latter managed to unite the country against the anti-EU party, the former is predicted to steal a portion of voters from the Eurosceptic FPÖ. That, as well as his speeches, give us a hint that his stance towards the EU will not copy Macron’s line.

Nonetheless, the now President of France has proven that the combination of the “fresh wind” together with the strong pro-EU stance is doable and the support for the EU does not have to be regarded as a narrative of the so-called “old establishment”. In any case, it will be interesting to observe whether and how the political actors will react to it – whether the actors with opportunities to bring the former will adopt the latter, and vice versa. As dynamic as the political scene can be, anything is possible. 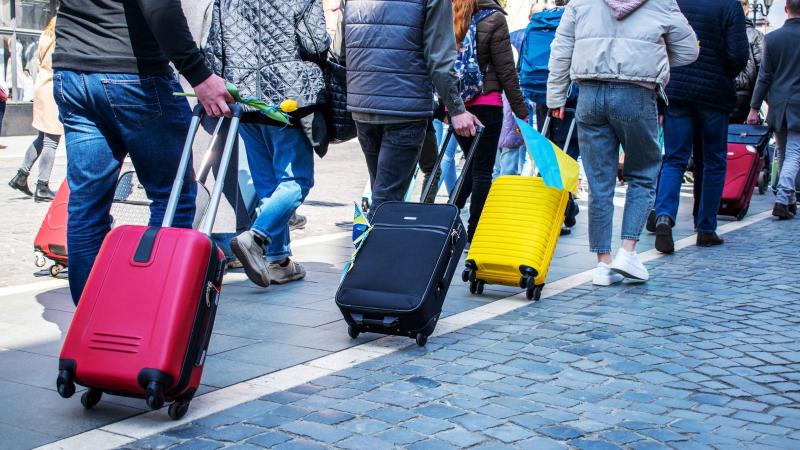 The perception of Ukrainian refugees among the Visegrad Group member states is mostly positive. However, the picture is different in Slovakia. While a m... 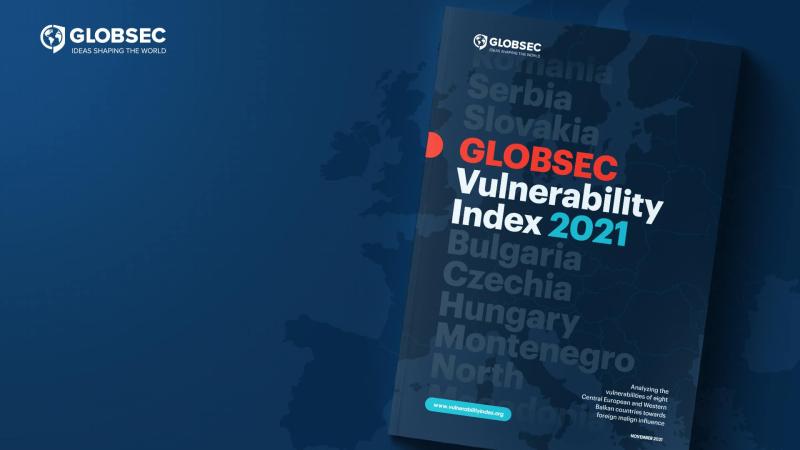 The GLOBSEC Vulnerability Index 2021 is here!

The GLOBSEC Vulnerability Index, measuring vulnerability towards foreign influence in eight countries of Central and Eastern Europe and the Western Balk... 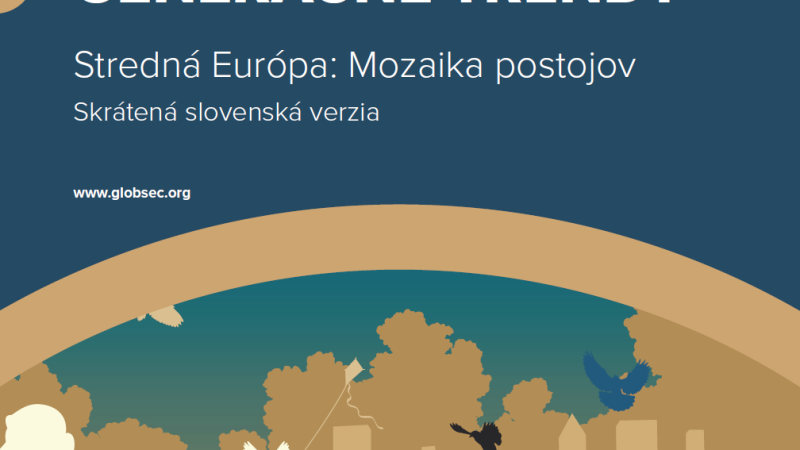