European defence integration is important, but it is not enough to answer Europe’s security concerns. To put it simply, the European Defence Action Plan should be a mean and not the end for the cooperation in the field of defence. What is more, the European Union (EU) should start taking defence and security cooperation seriously, going beyond rhetoric and start spending more for its own sake. “To contribute to common security, the European Union Member States should spend more on defence and it should be measured in new capabilities not only in phrases,” one participant said.

A paradox of European defence integration processes is that after years pressing the EU to spend more for its own defence, it is now criticized for building a parallel structure to NATO. Hence, the EU is accused of causing trouble in transatlantic cooperation. In fact, there is nothing wrong with initiatives such as the new Permanent Structured Cooperation (PESCO). On the contrary, PESCO together with other initiatives such as the European Defence Fund (EDF) or the Capability Development Plan (CDP) are important tools to strengthen transatlantic cooperation and develop capabilities for the longer term. To sum up, the current initiatives in EU security and defence policy are neither duplicating NATO efforts nor competing with them. Quite the opposite: EU and NATO efforts are mutually reinforcing each other.  “The US wants to have it both ways – Europe to do more and the US not liking the EU become more independent” concluded one participant.

When it comes to inviting third countries to PESCO’s project, there are at least two schools among EU Member States. The first school consists of Germany, the Netherlands and the Central and Eastern European countries that call for inclusion of third countries. The second, represented by France, is much more restrictive as it calls for achieving greater strategic autonomy. Hence, it doubts if the United States or the United Kingdom could contribute significantly to EU defence projects.

Finally, Member States should contribute equally to the implementation of the initiatives in EU security and defence policy. If not, by default, it will become a Franco-German project, an outcome that most of the Member States would like to avoid. While building the European Defence Union by 2025 is wishful thinking, achieving greater self-sufficiency by this time is perfectly doable.

Those were some of the findings of DIFF GOV’s side events entitled, “Is European Defence Integration the answer for Europe’s security concerns?” and “Beyond PESCO: What is a Vision for a European Defence Union?” hosted on 6-7 June on the margins of GLOBSEC Bratislava Forum 2019. DIFF GOV activities included also side events related to cyber and national security. The panel “Cyber Readiness in the Central European region. Featuring the CRI 2.0 Assessment for Slovakia” aimed at facilitating a discussion on the level of cyber readiness and preparedness in the Central and Eastern European region. The discussion “Post “Caliphate” Jihadism and Post “Caliphate” Terrorist Threat to Europe” goal was to map out the potential future avenues of security threats in the EU and beyond. The discussions concluded with a session “New European Political Cycle 2019-2024: Ideas Coming from Central Europe” that aimed at coming up with a constructive solution for building a more successful and prosperous Europe through the lenses of constructive Central (and Eastern) European perspectives.

DIFF GOV brought together 29 speakers from 12 EU Member States (Belgium, Bulgaria, Czechia, Germany, Greece, Italy, France, The Netherlands, Poland, Slovakia, Sweden, the United Kingdom) and the United States. They were policy makers and representatives of well know academic centres, think tanks, international organizations and foundations such as Atlantic Council, Bertelsmann Stiftung, Carnegie Endowment for International Peace, Center for the Study of Democracy (CSD), French Institute for International and Strategic Affairs (IRIS), German Council on Foreign Relations (DGAP), Hanns Seidel Stiftung, NATO,  Hertie School of Governance, The University of Łódź, the University of Thrace, the University of Warsaw and the National Council of the Slovak Republic, Ministry of Foreign Affairs of the Kingdom of the Netherlands and Ministry of Defence of the Slovak Republic.

The roundtable formed a part of the project DIFF GOV: European Governance: Potential of Differentiated Cooperation, supported by Jean Monnet Activities of the EU Programme Erasmus+ which is implemented between 1 September 2018 – 31 August 2020.

The DIFF GOV City talk on the same topic will be organized in May 2020 in Slovakia. 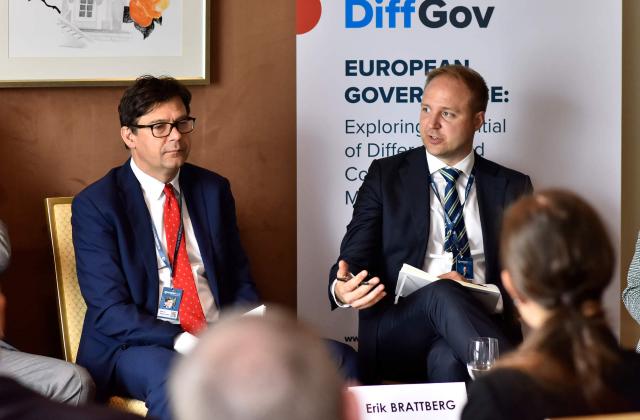 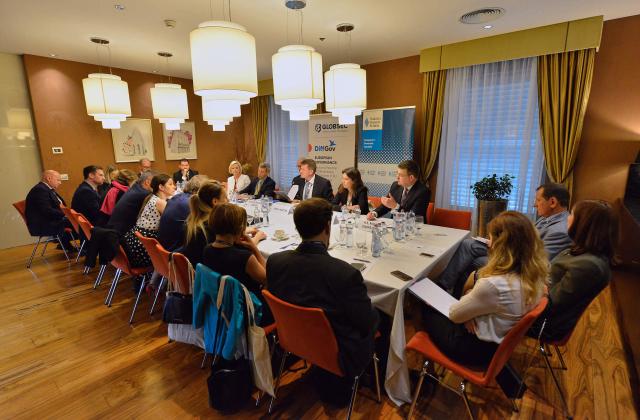 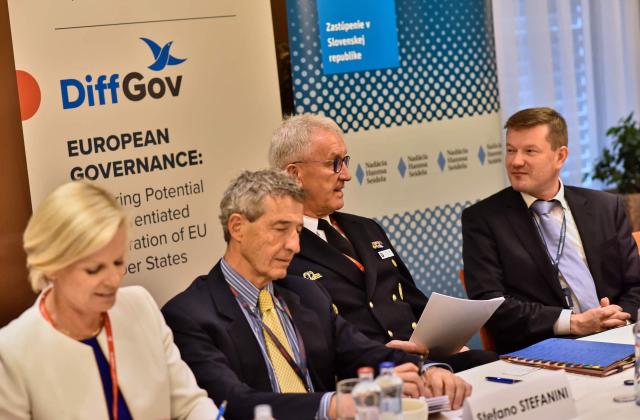 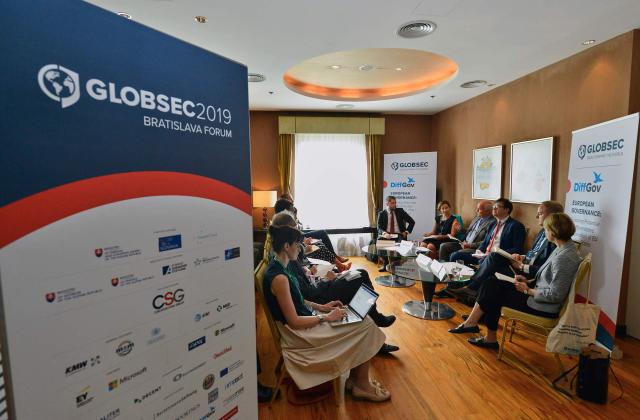 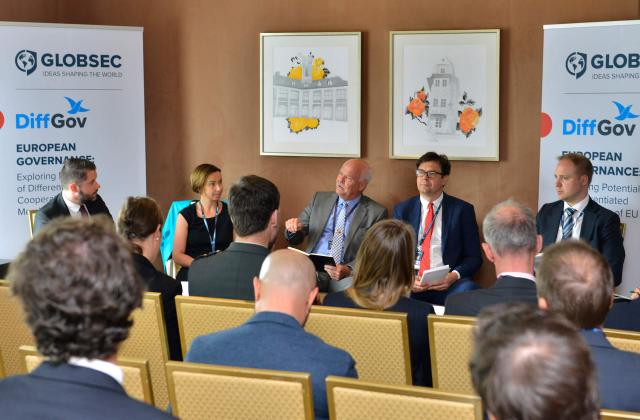 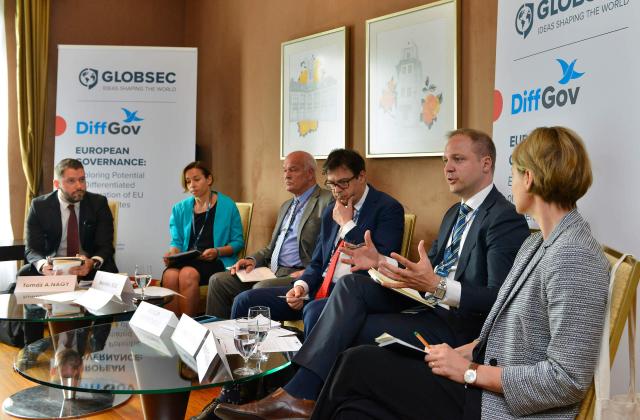 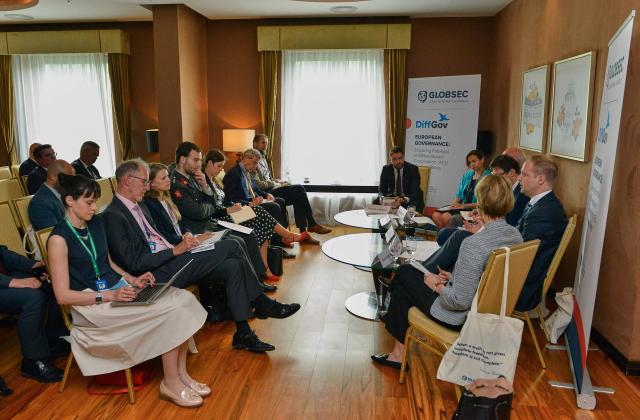 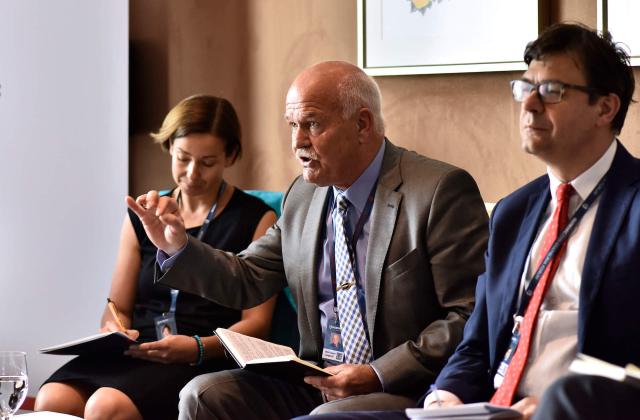 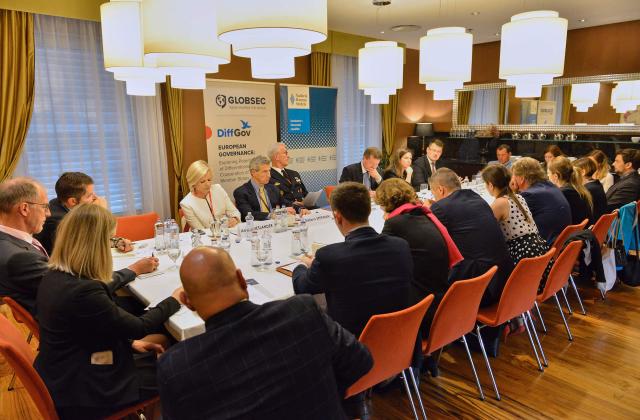 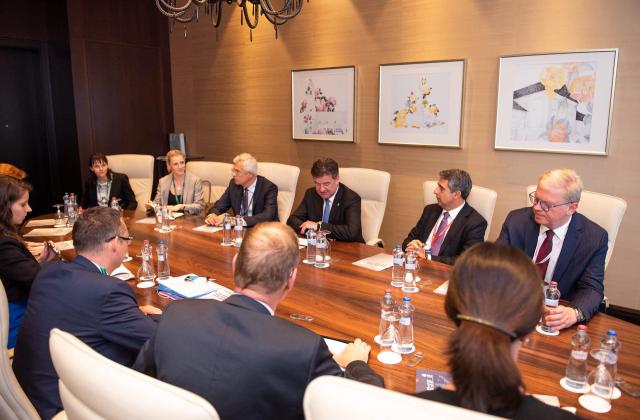 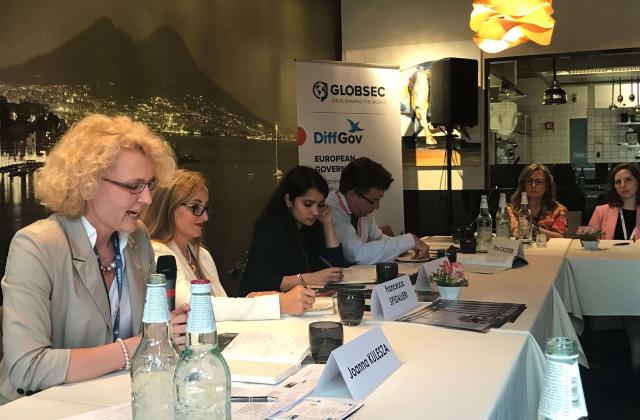 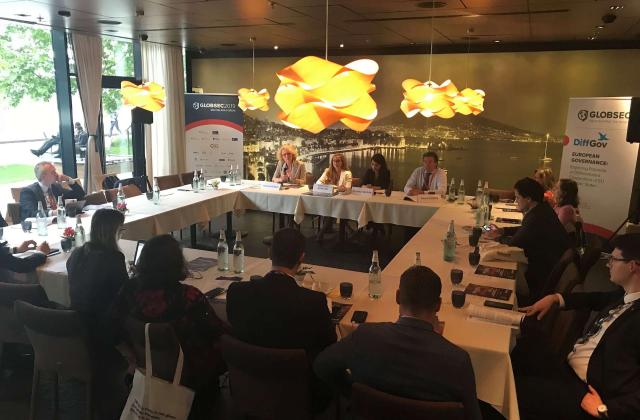 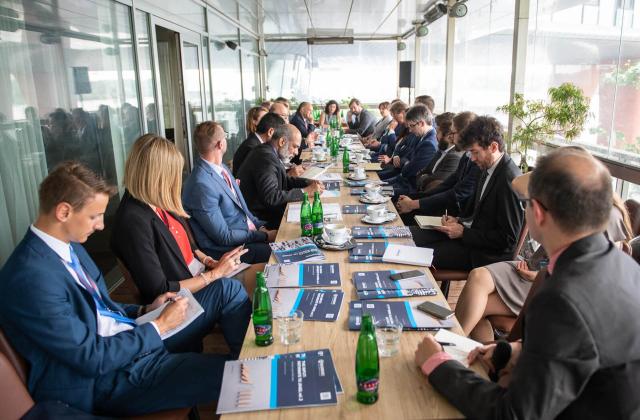 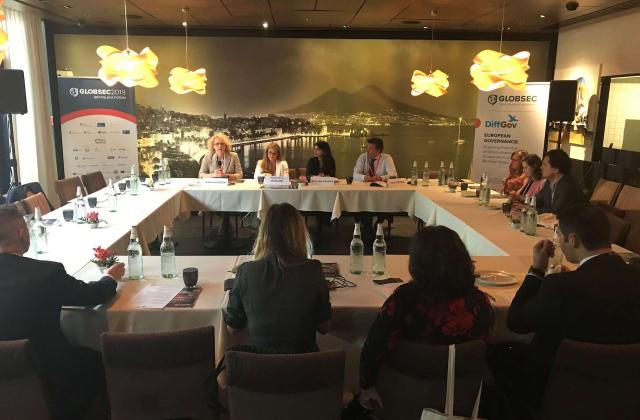 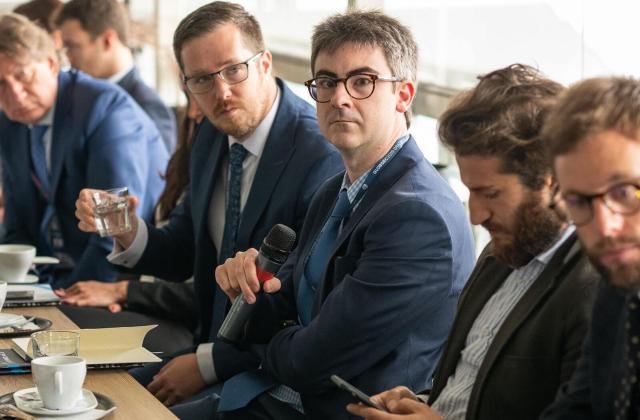 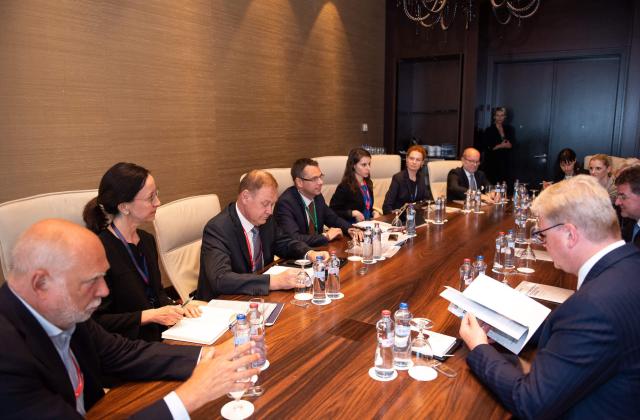 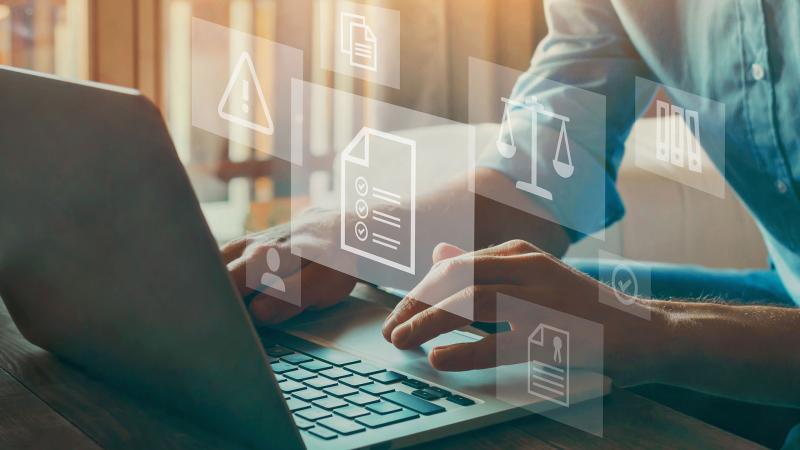 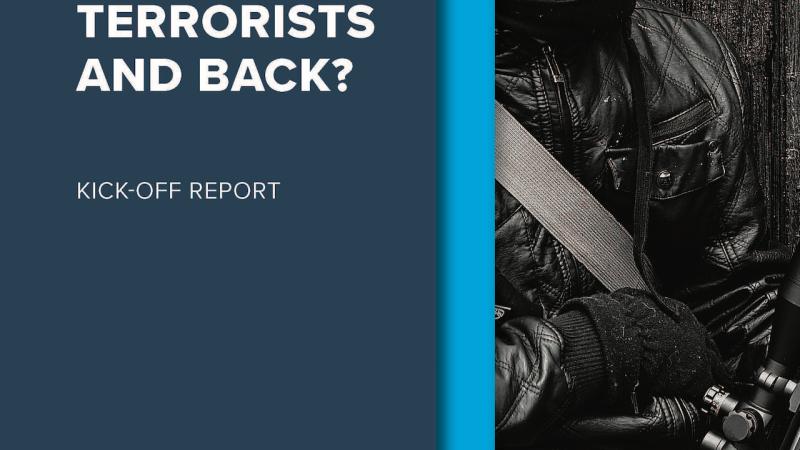 From Criminals to Terrorists and Back?

GLOBSEC is proud to present  From Criminals to Terrorists and Back?,  a report  by co-authors Kacper Rekawek, Stanislav Matejka, Martina Babikova, Tomas... 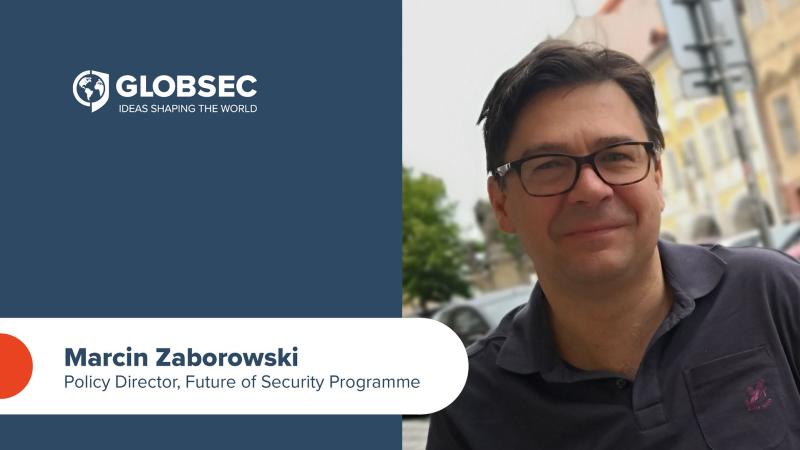