Against the backdrop of the military encirclement of Ukraine and the recent dramatic escalation of fighting in Donbas, US President Joe Biden has agreed "in principle" to hold a summit with Russian President Vladimir Putin to discuss the crisis and avert a major war. The proposed summit remains subject to Russia not invading Ukraine and conditional on the future behavior of Russian military activity vis-à-vis Ukraine.  The summit, proposed by French President Emmanuel Macron, could yield a diplomatic offramp to the one the worst security crisis to grip Europe since WWII.

This past week saw the escalation of both information warfare and the Donbas conflict (at least locally). Though February 16th was labelled as the most likely date that a Russian invasion would begin, the day came and went without the feared incursion. The very next day, that said, brought increased hostilities in Donbas.

The number of ceasefire violations has increased significantly over prior averages across the entire contact line. The shelling of a kindergarten particularly provoked emotions. More than 1600 ceasefire violations – primarily involving shelling and explosions – were logged on February 18th and the first casualty was reported February 19th.

US warnings that war is imminent have, notably, spiked in response to the ever growing combat readiness of Russian troops in recent weeks. Separatist authorities further put forward accusations that Kyiv is preparing an assault against the breakaway regions and launched the evacuation of 700,000 people to Russia. Anxiety reached a fever pitch following US President Biden’s announcement that Russian President Putin had already decided to invade Ukraine. Authorities in Kyiv, nonetheless, have remained calm and continued emphasizing that there are no signs of an immediate Russian invasion. Government officials have also strenuously denied that they have any plans to attack Donbas.

What appears to be now unfolding is, in fact, a “crooked mirror” information campaign - Russia and its proxies are turning back Western statements and claiming that it is the West committing the very acts the West attributes to Moscow. The separatist actions, backed by Russian officials, are seemingly oriented towards demonstrating that they, rather than the West, are preparing to come under assault. The separatists, notably, have launched the preparation of refugee camps (like those announced by Poland) and the supposed dramatic evacuation of citizens (like Kyiv announced) and brandish their own expectations that Ukraine will invade.

These provocations recall the runup to the war in Georgia. However, unlike Georgian President Saakashvili, who ordered the attack on Tskhinvali, Kyiv is not preparing any serious military actions or campaigns. President Zelensky’s government rather seems aware that any rash move could create the pretext for a direct Russian intervention for which Moscow is demonstrably ready. If serious military casualties or a defeat were to transpire, a sweeping political crisis could be incited, further damaging Ukraine’s already bleeding economy and emboldening right-wing radicals.

Ukrainian authorities are seeking to defuse the situation. They have attempted to de-escalate tensions with Belarus. President Zelensky, moreover, is seeking a meeting with Putin and working to bolster international support for a Ukrainian economy facing the crushing weight of Russian invasion fears. A Servant of the People political party official indeed mentioned $2-3 billion in monthly losses and identified the Western evacuation effort as contributing to this economic setback. While the actual losses are difficult to determine, the outflow from government bonds alone, since the beginning of 2022, amounts to nearly UAH 14 billion.

Kyiv, however, remains adamant in its refusal to implement the Minsk Accords “according to Russian terms” (i.e. negotiating/communicating directly with the NGCA). Amidst the info-war, Russia still aims to coerce Ukraine into talking directly with the separatists. Russia exerts pressure through a straightforward narrative: non-implementation of the Minsk Accords by Kyiv inevitably means war. The active phase of the war in Donbas, has returned with all its potential ramifications.

President Zelensky at Munich Security Conference: President Zelensky’s Munich speech coalesced wide support and loud applause at home including from former President Poroshenko. The speech was critical for both Russia and the West, a sign of readjustment is in the cards for Ukraine.

Maidan 8th anniversary: Ukrainians commemorated the 8th anniversary of the bloody end of the EuroMaidan revolution. Between February 18th and 20th, 2014, the originally peaceful protest morphed into a bloody affair that left 78 civilians and 13 law enforcement dead. The official investigation has not yet been concluded.

Build-up continues: Russia released videos that ostensibly demonstrate a troop withdrawal. The pullback has been doubted by US and other intelligence sources though. The latest assessment rather suggests that 7000 additional Russian troops have been moved closer to Ukraine (up to 147000 altogether according to official Ukrainian sources). A Ukrainian defence analysis concluded, nevertheless, that Russian troop levels are insufficient for an invasion. Ukrainian officials have further warned people not to fall into Putin’s trap. US President Biden, that said, reiterated on Friday that he is convinced Russian President Putin has decided to invade Ukraine and expects an attack in the coming days.

Easing tensions between Belarus and Ukraine: The Belarusian and Ukrainian defence ministers held a phone conversation and agreed to mutual visits to on-going exercises (on both sides of the border). The move underscores an effort to ease tensions between the two countries. The Ukrainian defence attaché in Minsk and all accredited military attaches were invited to observe an exercise.

Cyberattacks: several Ukrainian banks, the website of the MoD and the DIA app came under a DDOS attack attributed to Russia. Several services were interrupted for a few hours including the two biggest banks (Privat and Oshad) that boast over 20 million clients. DDOS attacks also targeted the SSU, OP, MOIA, NPU, MFA, OPG and other ministries for days.

Hybrid war: Ukraine is encountering systemic panic attacks, the spread of fake information and the sustained distortion of facts – these assaults indicate another powerful wave of hybrid warfare according to the Security Service of Ukraine. The SBU has drawn these conclusions based on hybrid war activities on social media networks and individual media outlets and the dissemination of aggressor narratives by some political figures. The SSU, interestingly, refrained from naming where the hybrid attacks originate from.

Escalation: the Ukrainian Joint Forces Operation (JFO) staff recorded 60 cease-fire violations on February 17th. One Ukrainian service member was injured and one was wounded in action. The average number of reported cease-fire violations by the JFO over the past month was around 6 per day. NGCA authorities, for their part, alleged 23 cases of shelling by the Ukrainian armed forces in DNR and 29 in LNR. Stanytsia-Luhanska has come fire that reportedly hit a kindergarten.

Promises: German Chancellor Scholz said that Zelensky promised a draft law on the special status for Donbas in another apparent sign that Kyiv is under considerable pressure to implement the Minsk Agreement. Kyiv has recently declined to engage directly with so-called separatist authorities.

Evacuation: the US is closing its Embassy in Kyiv and relocating to Lviv. The State Department ordered the destruction of all equipment; classified materials were sent to Washington. These moves have rendered the Embassy inoperable as a diplomatic facility. The UK also moved its Embassy temporarily to Lviv.

EU to the rescue: European Council President Michel initiated a donor conference in support of Ukraine. Noting the initiative of the European Commission to provide Kyiv with EUR 1.2 billion in macro-financial assistance, Michel expressed his conviction that more needs to be done. The EU has reduced its personnel but maintained a presence in Kyiv.

Record support for NATO/EU: the highest ever support for Ukraine's accession to NATO was measured in February 2022, with 62% of respondents backing membership and 30% opposing it. There has been, since 2014, a steady increase in Ukrainian support for NATO membership. 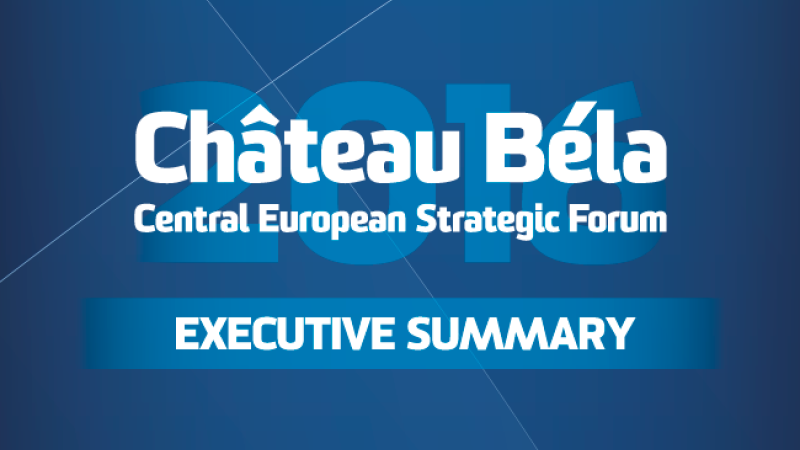 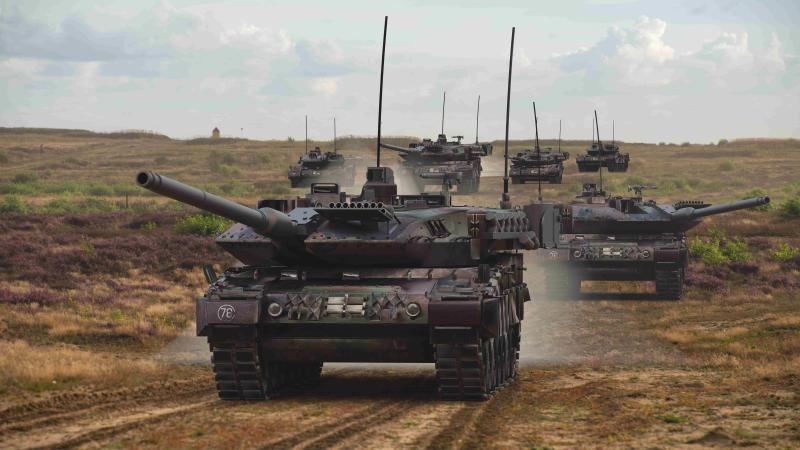 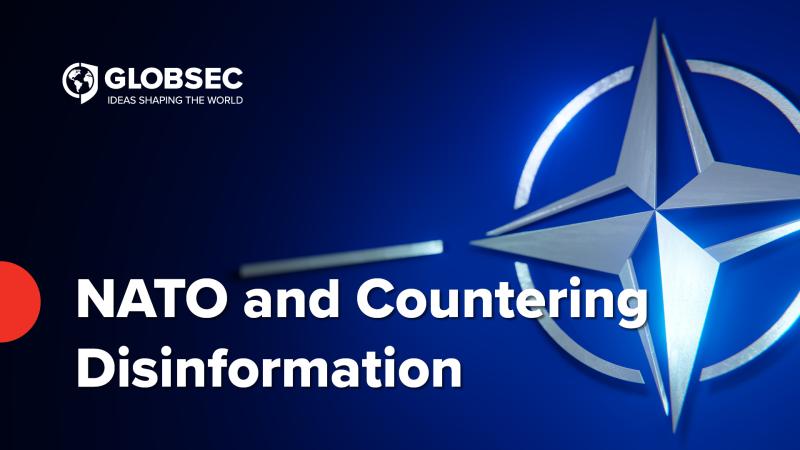