For Ukraine, illicit trade results in billions of revenue losses from taxes, but the problem does not stop there

With billions of cigarettes crossing its borders into the EU every year, Ukraine remains one of the largest sources of counterfeit and contraband cigarettes smuggled into the EU. In its recent report, GLOBSEC examines the effects of the illicit trade with tobacco products on Ukraine’s economy and suggests recommendations to boost Ukraine’s economic development and long-term security along its path toward eventual EU membership.

Ukraine is well-known as a hub for cigarette smuggling; today, it remains one of the biggest sources of cigarettes smuggled into the EU. Based on some reports, the illicit tobacco trade results in revenue losses for Ukraine of as much as UAH 20.5 billion in non-paid or underpaid taxes in 2022 alone. Furthermore, as a recent UN publication states, if Ukraine were to successfully seize and confiscate only 10% (approximately USD 1.16 billion) of illicitly obtained assets circulating in the country, it could finance the construction of roughly 212 large schools (each for 1,700 students), or 474 secondary schools throughout the country.

“As the GLOBSEC report suggests, it is evident that the Ukrainian government has taken significant steps to prevent illicit tobacco trade in recent years. These efforts are commendable and represent meaningful steps forward for Ukraine and as lessons for others. Nonetheless, more needs to be done, and additional policy recommendations published in our report can help Ukraine formulate policies to mitigate illicit tobacco more effectively,” explained Marcin Zaborowski, Policy Director of GLOBSEC.

As possible steps to better enable the Ukrainian government and interested stakeholders to tackle illicit tobacco trade, GLOBSEC’s report recommends strengthening cross-border cooperation, creating a system for monitoring, analyzing, and collecting data on the illegal manufacturing, trafficking and sales of tobacco goods, and tackling corrupt practices that continue to facilitate illicit trade, among others.

“While some progress has been made in this area, improvements in interaction and data sharing with law enforcement agencies and customs sharing borders with Ukraine need to be prioritized. Cooperation with EU Member States bordering Ukraine is especially important given the high impact on these economies from illicit white brands of Ukrainian origin. Greater consideration might be given to strengthening regional and international cooperation, such as building upon mechanisms like the European Union-Ukraine Association Agreement (EUUAA) to create a platform for cooperation with neighbouring countries holding common objectives to mitigate illicit tobacco trade,” said Marcin Zaborowski.

This initiative is part of GLOBSEC’s Ukraine Support Council’s mission to support Ukraine’s path to becoming a constructive partner capable of bringing solutions to challenges while simultaneously embodying the values of liberal democracy and the rule of law, instrumental for Ukraine’s accession to the European Union. 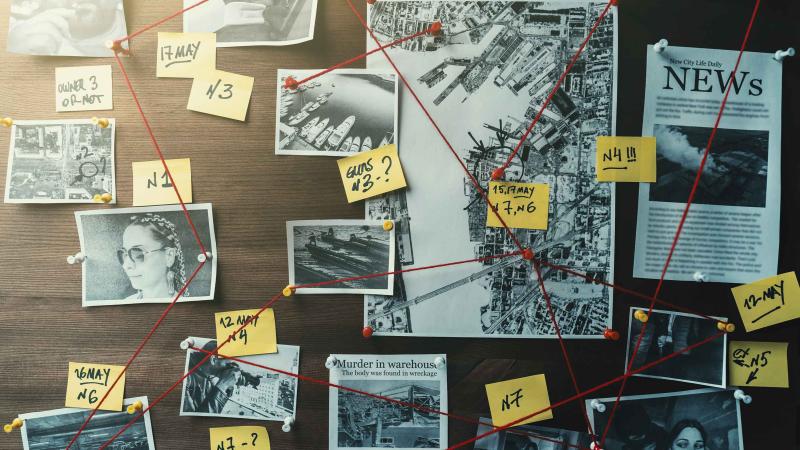 Under the Shadows of War in Ukraine: Illicit Trade

With billions of cigarettes crossing its borders into the EU every year, Ukraine remains one of the biggest sources of counterfeit and contraband cigare...