The essay was submitted to the GLOBSEC Challenge Essay Competition under the project "Nato beyond the Wales Summit".

With the end of the Cold War, imagery of decrepit Russian warships driven ashore on remote peninsulas, an unpaid conscript army, and low morale characterized the country’s public coverage. But during the period of underfunding of physical capability, Russia focused its efforts on information and other non-kinetic levers. Last year in Ukraine it capitalized these investments and operationalised the use of information, integrating it into its overall strategy. As reflected in Russia’s latest Military Doctrine[1], it now considers itself to be engaged in full-scale information warfare, which is seen as a permanent activity. Though many of those elements, taken individually, are familiar, it is their holistic combination that is unique, enabling “escalation dominance” through a web of capabilities. In order to deal with the challenge, it is therefore essential to understand the full spectrum of tools at Russia’s disposal.

We should care about a “no bid“ $14 billion contract won by Russia’s state-owned nuclear company, Rosatom, to develop the Paks nuclear power plants of Hungary.[2] We should care when Latvian organisations receive funding from Russkiy Mir Foundation and conceal the names of its donors, in violation of national law.[3] We should also care when the Polish Security Agency warns of an emerging trend of pro-Russia “propaganda-disinformation“ campaign via Internet.[4] These examples represent a growing phenomenon in the way influence is garnered and can be used as leverage to advance foreign policy agenda. At the present time, we lack sufficient in-depth knowledge on what these soft power vehicles are doing and where they operate.

In the years leading up to the annexation of Crimea, Moscow led a concerted effort to acquire as much of Ukraine’s strategic industrial assets as possible. It routinely leaned on its state-owned enterprises as useful extensions of the state. Over time, these entities gain control over critical assets and infrastructure that can be exploited for strategic benefits. The risks and policy concerns presented by these deals require significantly greater attention and need to be closely monitored as a form of preemtive measure, especially along Russia’s periphery.

The Russian view of “information war” – informatsionnoye protivoborstvo, literally “information confrontation” – is a more holistic concept than its literal translation would suggest. Senior Associate at the Georgian Security Analysis Centre, Khatuna Mshvidobadze outlined its inherent features. Russia views information warfare as a combination of intelligence, counterintelligence, deception, disinformation, electronic warfare, and psychological pressure.[5] More importantly, its doctrine sees information war as permanent “peaceful war”, not necessarily related to military activity.[6] The calculated use, and misuse, of information has then the potential to affect financial markets, business practices, societal perceptions, attitudes and behaviours.[7] It is an ongoing activity aimed at influencing and conditioning perceptions that demoralise both military personnel and civilian populations.

The ultimate goal is not necessarily about laying out differing points of view to win an argument, but instrumentalising information in order to achieve a desired effect – to test the lower limit of the West’s response threshold, and to exploit political/societal divisions (often using local rivalries and resentments).

Paradoxically, Russia has been open about its intention to use information warfare as a power projection capability in their key state policy documents. The 2007 Russian Foreign Policy Review is a good place to start (recall the massive cyber-attack on Estonia in 2007 and the invasion of Georgia in 2008). As Russia’s Chief of Defence, General Valery Gerasimov, stated in 2013: “the focus of applied methods of conflict has altered in the direction of the broad use of political, economic, international, humanitarian, and other non-military measures.”[8] In this context the Russian Federation, as a single country, can combine, integrate, and focus all of these elements of national power.

But it still took many in the West by surprise, sweeping aside supposed certainties about the European space and security order. Challenging Russia’s version of events was mostly reactive. Tactics were adjusted to the information age and its associated technology served as a major force multiplier, benefiting from the speed and reach of 21st century mass/social media. In an era when trust in institutions has never been lower, many of these messages resonate – though of course the relentless focus on perceived Western and Ukrainian flaws is not applied to Russian institutions. Its own public space is a bastion that must be guarded with the aim to maintain cohesion at home while encouraging discord elsewhere.

The EU demonstrates a diffident approach as it currently appears ill-equipped to tackle the issue. In 2014, the Commission poured 25 million euros into Euronews that already broadcasts in 13 languages including Russian.[9] Its foreign service now put together a joint task force, known as the Mythbusters, to monitor Moscow’s propaganda maoeuvres and advise EU and national authorities accordingly.[10] However, it only recruited a handful of media and communications experts and no budget has yet been allocated. The EU efforts are largely disproportionate in comparison to the Moscow’s international news broadcaster Russia Today (now renamed ‘RT’) which had a reported budget of over $300 million by 2014 rates and broadcasts to a combined native-speaking population of some 1.5 billion.

While Russia has invested heavily in its main media outlets (recently the director of Rossiya Segodnya signed a cooperation agreement with China’s state-owned media for joint reporting projects),[11] media organisations in Europe have been cutting down on news coverage in Russian. Former BBC Russian Service editor Masha Karp has compared the decline in funding for foreign-language broadcasting by the West to “informational unilateral disarmament“.[12] In 2011, BBC stopped radio broadcasting in Russian and Ukraininan as a result of budget cuts. This was short-sighted and needs to be reversed, focusing on the languages of communities especially targeted by those who practice disinformation.

The United States seems to have taken a more resolute approach as the US Broadcasting Board of Governors has made countering Russian propaganda in Europe and around the globe one of its two investment priorities for the fiscal year 2016.[13]

In the longer term, key improvement to threat assessment and crisis response planning should come from better analytical capability. Keir Giles, an associate fellow at Chatham House, noted that the United Kingdom’s decision in 2010 to close down the Advance Research and Assessment Group caused a reduction of British capacity to predict Russia’s actions.[14] Previously known as the Conflict Studies Research Centre, this unit had studied the Soviet Union using open source information for nearly 40 years. Both nationally and within the EU and NATO, there is an urgent need to regenerate a collective ability to understand and analyse what is going on in Russia.[15]

Jakub Tomášek is a Fellow and Project Coordinator at the Prague Security Studies Institute.

Disclaimer: The views and opinions expressed herein are those of the author and do not necessarily reflect those of their his employer or of the publisher. © CEPI, 2015 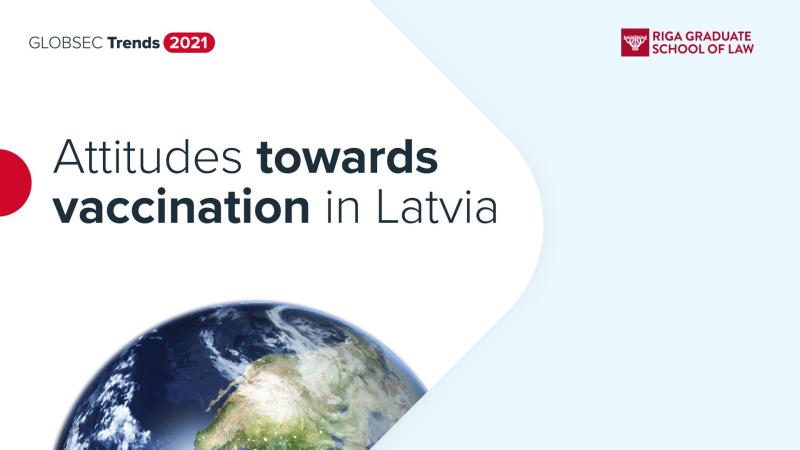 GLOBSEC Trends 2021: Latvia: one year into the pandemic

What is the foreign policy orientation of the majority in Latvia? What conspiracy theories resonate with society? 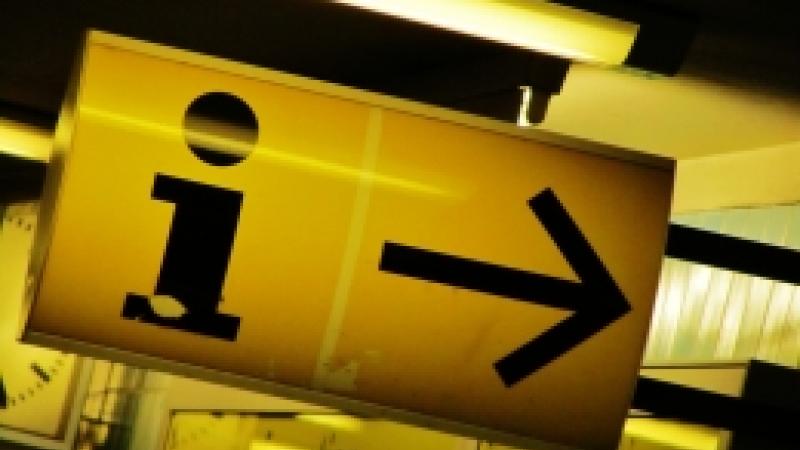 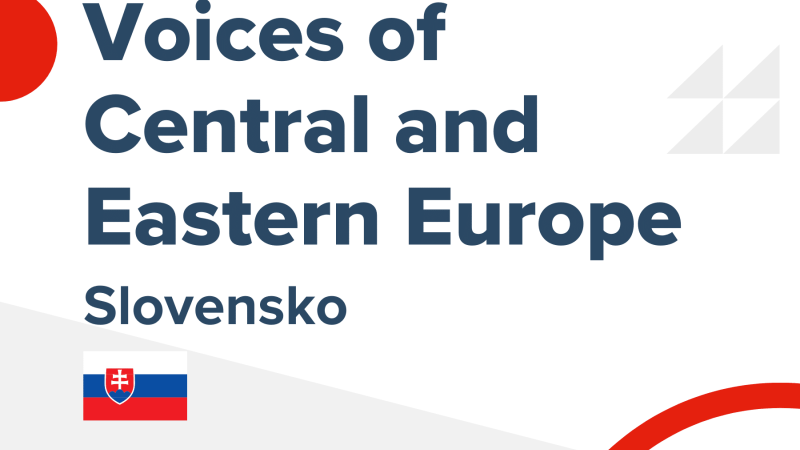 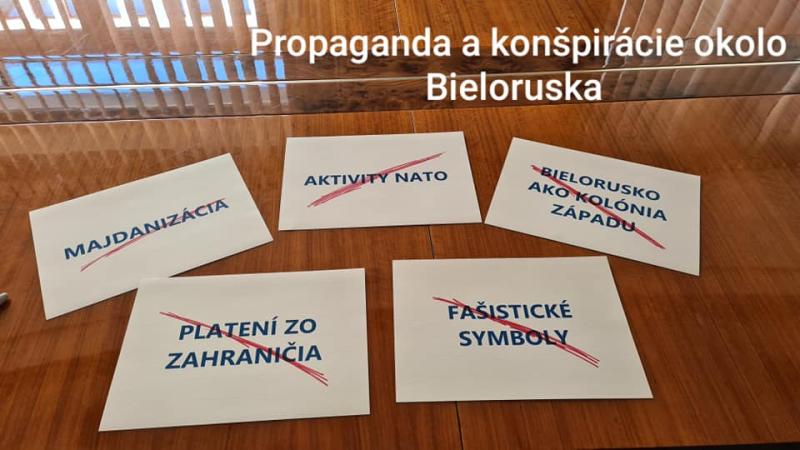 The Belarusian presidential election which was supposed to decide the fate of the “Europe’s last dictator”, Alexander Lukashenko.