CEPI`s bi-weekly overview of conventional and social media discourse in the Czech Republic, Hungary and Slovakia monitors propaganda and disinformation attempts, as well as democratic responses in the on-going information war, in order to increase awareness about this recently emerged challenge and promote fact-based discussion in Central Europe.

Throughout the first half of April the media were preoccupied with the publicization of the Panama Papers scandal – a body of leaked documents that seems to implicate number of political elites and men of influence in major cases of fraud and tax evasion. The scandal was brought to international attention by the Süddeutsche Zeitung and ICIJ (The International Consortium of Investigative Journalists), who claim to have obtained the leaked documents from an anonymous source. A number of prominent businessmen, celebrities, as well as politicians found themselves in hot water while trying to either obscure or completely deny their alleged involvement suggested by the leaked documents. Although the documents do not seem to implicate Mr Putin directly, there are several high-profile people from around Mr Putin’s inner circle whose names are being discussed in the papers.

Mr. Putin was quick to point out that his name does not figure in any of the documents and was quick to dismiss the documents as part of the information war waged by the United States against Russia.[1] To back up his claims, Mr. Putin mentioned statement made by the WikiLeaks claiming that the whole Panama Papers scandal is being funded by the United States.[2] More specifically, it was “uncovered” by the Organized Crime and Corruption Reporting Project (OCCRP) with the money provided by US AID and George Soros’ Open Society Foundation.[3]

Above: WikiLeaks tweeting about Panama Papers.[4]

As to the nature of the underlying motivations behind this whole “charade” the media seem to be undecided. Although Kremlin dismisses the Panama Papers as fabrication intended to discredit Mr Putin and the regime the state media seem to be keen on squeezing out all the fire-power it can get in order to attack its own political opponents.

In Hungary, the pro-Russian propaganda attempts to discard President Putin’s involvement in the financial scandal. It tries to discredit the sources of information by proving the subjective political motivations behind the construction of allegations––philanthropist George Soros or the CIA acting on behalf of the USA targeting only non-American politicians.[5] The approach clearly has an anti-Semitic undertone, since some articles substitute George Soros with the “interests of the Rothschild”.[6]

When it comes to Slovakia, a novelty on the media scene is the establishment and increasing activity of the civic movement Infovojna.sk (info-war) producing material for the newly-formed alternative news network INTV (intv.sk). As it appears from the nature, character and the actual footage used in its reports, it seems to be nothing more than a mouthpiece of the official RT channel. When discussing the sources who uncovered the scandal one report, for example, mentions how, on the request of the Russian government, the US AID terminated its operations on Russian territory for it continuously strove to influence various political processes in Russia including the elections and civil society institutes.[7]

Although the report mentions that the authenticity of the Panama Papers had not been confirmed another report readily brings news of discontent in Iceland and Ukraine, as well as the unwillingness and failure of the Ukrainian National Anti-corruption Office to prosecute The Ukrainian President Petro Poroshenko implicated in the leaked documents. [8]

This double standard, or rather, this selective utilisation of the leaked documents that reports in great detail on Western politicians implicated in the documents, yet covers up the possible implication of Mr. Putin has been widely noted. It is one of the reasons why political scientist Dmitry Oreshkin predicts that the aftermath of the Panama Papers will be very different in the West than it is going to be in Russia, where the state controlled media outlets, as the main source of information of Mr. Putin’s sympathizers, are trying to frame the leak as yet another conspiracy orchestrated by the enemies of Russia––an official message that Kremlin is working hard to promote both home and abroad. [9]

One of the main topics presented by the Hungarian and Czech speaking pro-Kremlin media in the last two weeks was the recent escalation of the conflict between Armenia and Azerbaijan in Nagorno-Karabakh. It is possible to track two main streams of reports, according to who their authors blame for the escalation.

Some of the Hungarian websites implied or suggested Turkey’s interest in the conflict by citing President Erdogan’s statement about supporting Azerbaijan “to the fullest extent” during his visit in the United States.[10] Another one referenced Radio Moscow and Russian Life News as Russian intelligence sources that prove that Turkish intelligence is training ex-ISIS fighters of Azerbaijani ethnicity, who have just arrived back from Syria, to join the newly erupted conflict in Karabakh against Armenia.[11]

The second type of narrative was presented mostly in the Czech Republic and it considers the US or NATO the main culprit. The alleged motives described in the articles published on the pro-Kremlin websites differ but some of the commonly mentioned are that NATO is trying to encircle and provoke Russia, Armenia refused a NATO military base on its territory[12], and most often that the US is trying to cause a coup d’état in Armenia the same way it allegedly did in Ukraine.[13] Some authors even warn the readers of a possibility that the conflict might escalate to a third world war.[14]

Above: Are there Islamic State militants fighting in the Nagorno-Karabakh conflict?

One of the Hungarian websites used a similar comparison and used the words of a famous Eurasian ideologist, Alexander Dugin who considers the conflict a further “proxy-war” after Eastern Ukraine and Syria instigated by the USA against Russian interests.[15] In his reasoning no participant is really interested in the conflict, for the territory is already cleansed for Azerbaijan to really fight for, Armenia itself does not acknowledge it as a sovereign territory, while Russia tries to have cordial partnership with both countries.

The real reason behind the escalation is not quite clear and many foreign powers have interests in the region, including the US, Russia and Europe, either concerning energy policy or geopolitical goals. It is therefore just as difficult to assess what is the purpose of this kind of disinformation. The most probable intent here is to distort the conflict theme and use the information about it against Turkey or the West in general, which would be in accordance with the pro-Kremlin long-term narrative.

The pro-Russian propaganda continues to play on frictions between the member states and the EU by either portraying the Union incapable of fulfilling its community functions or, on the contrary, becoming a “super state” by crushing nation states. There are numerous conspiracy theories which incorporate anti-EU stances into well-known globalist anti-elite narratives. The articles mention several systemic failures of the EU which could cause its downfall because the Union’s bureaucracy will not be able to cope with simultaneous crises: the Greek debt crisis, Brexit, and migration are all ticking time bombs for the 2016 summer.[16] New border controls planned or already reinstated by different member states, for example by Germany, Belgium, Sweden, Austria, and Italy, in the Schengen area just underline the EU’s incapacity to deal with the migrant crisis on its own.[17]

Above: border controls against migration initiated by Austria

As a result, European politicians will cowardly avoid, especially after the Dutch voting against the EU-Ukraine Association Agreement, to initiate further referendums on any common European questions in fear of turning those into de facto votes on membership in the Union.[18] The propaganda quotes pro-Russian Austrian politician, Johannes Hubner from FPÖ, and even Martin Schulz, the President of the European Parliament on declining trust in EU institutions to underpin arguments about the EU falling apart.[19] Some conspiracy theories reach a very different conclusion based on the same facts by claiming that the EU will initiate a new Dublin system of refugee relocation inevitably destroying national sovereignty and nation states in the process.[20]  An even wilder theory visions the EU creating a “new world order”, along with a “single global government” in disguise of a new asylum system.

Above: “The global shadow government will soon instigate the third world war”.

According to one Czech author, the European Commission will relocate 1 million migrants every month in the EU and several hundred thousand in the Czech Republic, ultimately creating a “European Caliphate” by 2050.[21] The perfect conspiracy theory is presented by the official Russian mouthpiece, Sputnik, about the Union falling apart due to Eurosceptic forces, high unemployment, mass migration and the decline of traditional values, but this ailing akin to the fall of the Roman Empire will force the European elite to create a dictatorship before the abyss.[22] Pro-Russian voices evidently find the time to push the Kremlin’s more urgent, regional geopolitical agenda as well by accusing the EU of the “annexation” of Serbia through the “creation” of the migration crisis in the Balkans.[23]

Above: “The EU before crossroads.”

Propaganda against the NATO both tries to present the organization as a military aggressor and undermine the popular support for military units’ redeployment among member states. One Slovak site claims that NATO/USA is playing on European fears in order to legitimise itself and receive approval for ever-increasing spending in the defence sector. By means of inflating the mythical threat posed by Russia, the US aims to further strengthen and increase its influence on the European continent.[24] Other sites quote pro-Russian German fringe media about NATO forces’ redeployment in the CEE region becoming a hindrance to the diplomatic solution (probably in the case of Eastern Ukraine) with the Kremlin.[25] In an article, Robert Marschall, head of the Austrian EU Exit party bluntly states: the USA prepares to launch a war against Russia instead of defending the European countries.[26] 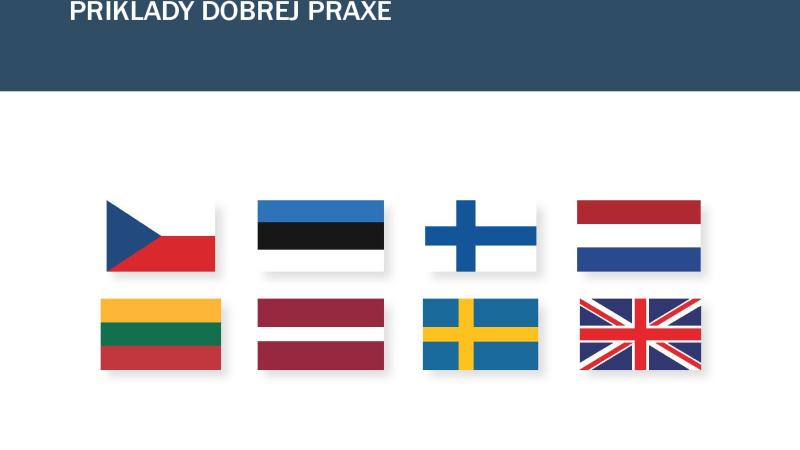 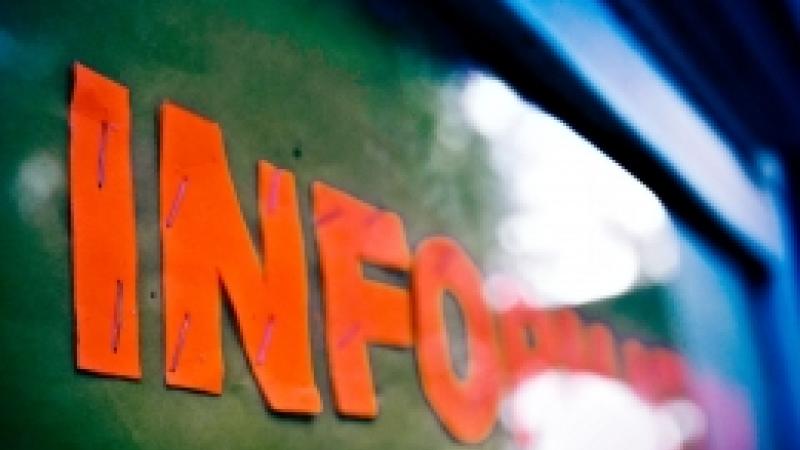 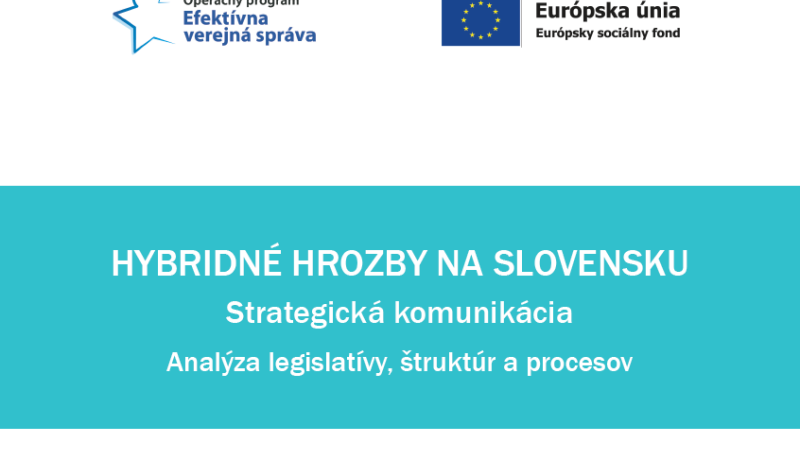 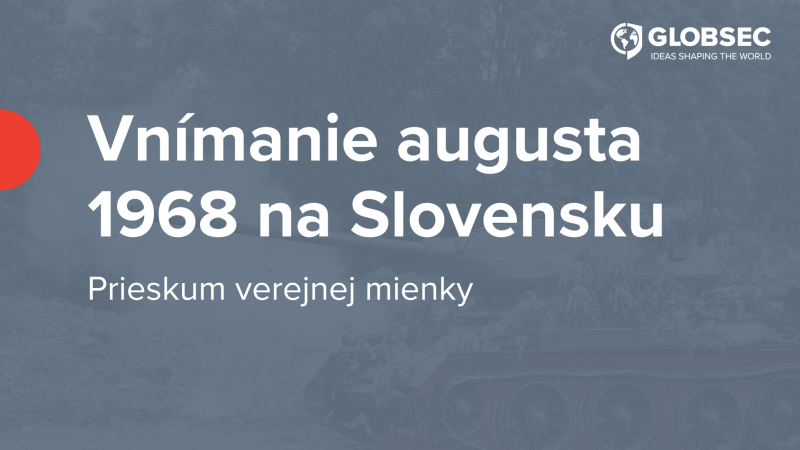