In the first half of October 2016 the pro-Russian propaganda in the Czech Republic, Slovakia and Hungary focused on discrediting the United States. Since the Kremlin has a vested interest in the race, the fringe media also distorted information on the US presidential elections. Therefore, the topics that resonated the most in Central Europe are the following:

In mid-September, the Russian Federation and the United States managed to agree on a ceasefire in Syria, but the deal was severely violated right after it had come into force. In general, the conflict in Syria, not just the latest breach of ceasefire, is differently interpreted by mainstream and alternative media. One Czech website quoted  P. C. Roberts, former  Assistant Secretary of the Treasury for Economic Policy under President Reagan , who evaluated the deal as a mistake of the Kremlin, getting tricked by the US efforts to cooperate. This narrative has been blown out of proportions afterwards, stating that the United States conducted an airstrike that hit Syrian troops instead of the fighters of the Islamic State. The fringe-media in the Czech Republic quoted the Syrian president Bashar al-Assad that such a long attack could not have been an error on the US side, especially because it was followed by the attack of the Islamic State, thus hinting that the narrative on the US support provided to the terrorists is true.

This narrative further supports the general conspiratory theories broadcast by alternative media about the attempts of the United States’ drive for world domination. A Hungarian news portal wrote that Bashar al-Assad told an Iranian Journal, “The United States would start wars everywhere with the goal of forcing their own hegemony on others”. This was further supported by the declarations of the Director of the Information and Press Department of the Ministry of Foreign Affairs of the Russian Federation Marija Zaharova, according to whom the “direct aggression” of the US  against Damascus would lead to large disturbances in Syria and the whole region. In addition, Hungarian disinformation portals mentioned Sergei Lavrov’s remarks on the United States supposedly planning a regime change, and “putting the plan B into action.” Slovak alternative media already reported the presence of the US special units in Aleppo, who are aiming to take down the legitimate government of Bashar al-Assad, and Russia standing up to the US threats of attacking the Syrian units and protecting “their terroristic groups”.

Additionally, the last nails into the coffin of the Syrian ceasefire was the attack on the United Nations humanitarian aid convoy. According to the United States, Russian or Syrian jets had to conduct the strike on UN convoy, while Russia believes the fighters of the Jabhat al-Nusra Front may have done it. Russian narrative followed in Central Europe, when official Kremlin mouthpiece, Sputnik published the statement of the Syrian Ministry of Defense claiming the United States attacked the UN convoy in order to direct attention away from its own mistakes and also to help the Islamic State conquer more territory. Alternative media also spread additional speculations that the United States masked its airplanes as Russian ones by painting them blue and that Syrian fighter jets were not capable of flying at night. Furthermore, fringe media in Central Europe disseminated Russian warnings that its soldiers would shoot down any “unidentified flying object” that attacks Syrian government forces.

Pro-Kremlin media outlets disseminated Sergei Lavrov’s declarations that US policies towards Russia were based on an “aggressive Russophobia” and were posing “real threats to [Russian] security”. Czech Sputnik also published an interview with the chairwoman of the Czech Peace Forum Vladimíra Vítová claiming that international terrorism represents the official US doctrine of creating chaos all round the world. While alternative media in Hungary portrayed a picture of Russian soldiers in Syria delivering humanitarian aid to local Syrians and taking no part in military activities, Slovak pro-Russian outlets were celebrating the effectiveness of the Russian bombings of ISIS and re-establishing its position as a superpower. Furthermore, alternative media misinformed about the conflict within the US Administration on what to do in Syria, stressing that any US attempts for ceasefire agreements should not be taken seriously, and that the United States were declaring war on Russia.

While it is true that the United States conducted an airstrike which hit Syrian troops instead of the fighters of the Islamic State, the difference between the United States and Russia is that the US openly admitted their mistake, apologized and launched an investigation in order to prevent further repetition of intelligence failures. On the other hand, Russia tends to deny any kind of accusations, distort or place an embargo on any kind of information if such incidents occur on their side.

Furthermore, in case of Syria, propaganda outlets describe Russia as the one nation helping the legitimate Syrian regime’s fight against “terrorists”, although they fail to mention that that regime is highly oppressive. Fringe media in Central Europe do not show the evidence on al-Assad’s regime torturing its own citizens or its use of chemical weapons and barrel bombs. Instead, pro-Russian propaganda uses the Syrian conflict as evidence for the effects of democracy export, which contributes to the rise of terror groups. Fringe media spread false information on that the Americans caused the formation of ISIS and protect terror groups, not to mention its hostility towards Russia. Such narratives are used to convince the population of NATO member states in the CEE region that it is being subjected to a warmongering nation that causes distraction and is openly hostile towards Russia and to assert that Russia’s intentions are peaceful.

Hillary Clinton getting advice from the dead

The upcoming US Presidential elections and presidential campaigns of Donald Trump and Hillary Clinton have become a popular topic of the alternative media. The winner of the first presidential debate was wrongly reported by Czech fringe media Aeronet, which proclaimed clear victory of Donald Trump, while the mainstream media fabricated the results in order to help Hilary Clinton. The results of the second debate were also presented as an overwhelming victory of Donald Trump. Fringe media spread false polls with Trump in lead – despite the availability of this website showing Clinton as the leader in the majority of polls -, speculated - following Trumps’ rhetoric -  whether Hillary Clinton was under influence of sedatives during the presidential debates since she sounded like a robot, or started questions considering Hillary Clinton’s health conditions.

The alternative media also liked Donald Trump’s declarations. While Trump has been changing his stance on his support of Russian President Putin from one speech to another, the pro-Russian outlets in general perceive a possible “isolationist” Trump presidency as a better option than a potentially a “hawkish” Hillary Clinton. One Hungarian article even wrote about Trump’s recognition of al-Assad’s achievements in fighting the Islamic State, and Trump’s declaration that Russia and Iran can only play such a role in the region because the United States is weak – without mentioning that Trump has distanced himself from Putin. Furthermore, the Aeronet website also analyzed the debate of the candidates for the vice-president position, coming to the conclusion that since they have very similar opinions, Hilary Clinton and Donald Trump must be under control of the same group of people, the so-called “American neocons”, who are trying to wage war with Russia and the elections cannot change anything about that.

The pro-Kremlin outlets also broadcasted information on how ex-presidents George H. W. Bush and Bill Clinton manage a network of suspicious businesses with cocaine, which is distributing weapons in exchange for drugs as a part of a secret federal operation. Other fringe media wrote that Hillary Clinton coped with Bill Clinton’s affairs with other women by turning to spiritualism and has been asking for advice from the dead people, including Eleanor Roosevelt, during séances. Hillary, according to the article, refused consultations with Jesus, because a meeting with him “could be too intimate”. On the other hand, alternative media whitewashed Trump’s tape scandal and depicted him as a supportable character who handled the whole situation well.

Pro-Russian propaganda disseminated almost the exact copy of Donald Trump’s campaign messages regarding Russia and – in line with the presidential candidate – tried to convince readers that the US would only cooperate with Putin to destroy ISIS in case of Trump winning the elections. Alternative websites also forgot to mention that the latest effort to solve the Syrian conflict failed because of a Russian bombs hitting a UN aid convoy in Aleppo – something the Russians deny vehemently. Pro-Kremlin outlets also depict Hillary Clinton as a candidate unsuitable for being president, without mentioning that the majority of Americans think she is up for the job. Hillary Clinton, contrary to Donald Trump, follows mainstream policies that pro-Russian propaganda identifies as a synonym of the “West”, and thus Hilary would be a fervent critic of the Putin-regime’s actions in both Syria and Ukraine and a supporter of the democratically elected Ukrainian government and its efforts to westernize the country. Donald Trump with his isolationism and little concern for authoritarian leaders would be a much favorable counter-part to Moscow. Trump’s reluctance to stand fully behind the United States’ European allies could also help Russian and populist efforts to dismantle NATO and the European Union and so ultimately serve Russian interests in Ukraine. 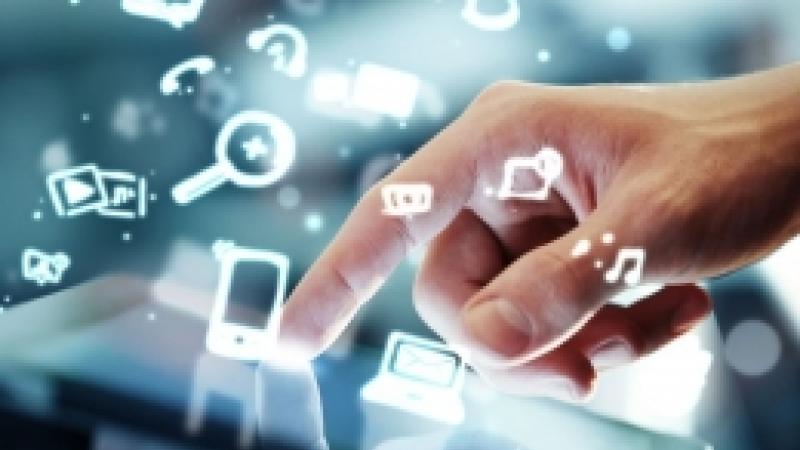 CEPI`s bi-weekly overview of conventional and social media discourse in the Czech Republic, Hungary and Slovakia monitors propaganda and disinformation ... 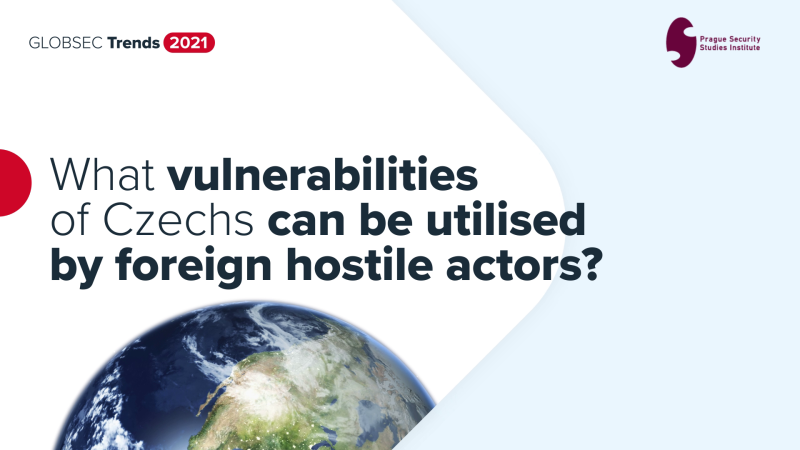 GLOBSEC Trends 2021: Czechia one year into the COVID-19 pandemic 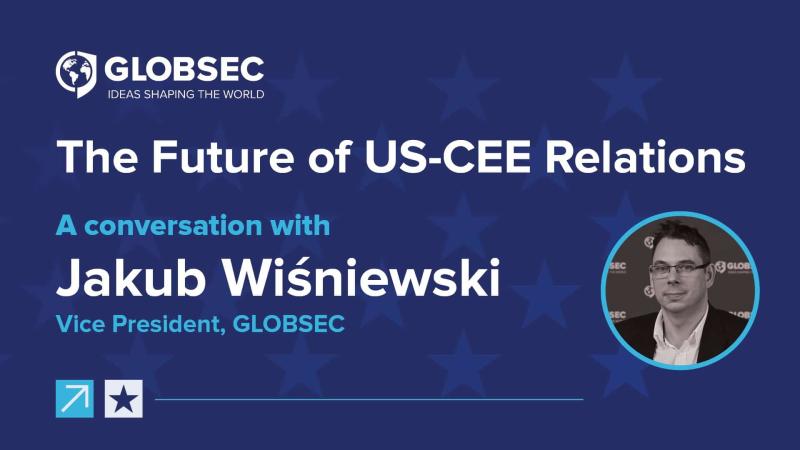 The Future of US-CEE Relations: Conversation with Jakub Wiśniewski 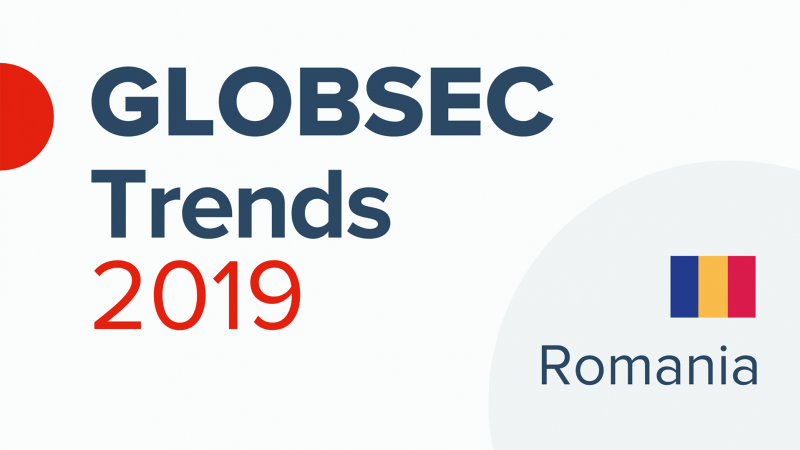