Multi-speed Concept is in the European Union’s DNA

Differentiated integration is in the centre of a renewed debate on the future of the eurozone, and, many claim, threatens to deepen the apparent divides (East/West or euro/non-eurozone Member States) and eventually lead to the disintegration of the EU.

But the notion of a "multi-speed" Europe is by no means new. Accommodating Member States’ differing socio-economic and political interests in EU law and policy has been integral to European integration since the Treaty of Rome. Perhaps this debate was not on the table in the 1960s and 1970s but it became lively during the late 1990s in view of the ‘big bang’ enlargement in 2004 when the EU was about to start dealing with different levels of ambition within an ever larger and less homogeneous Union.

So far, prominent examples of ‘flexible’ arrangements include the Economic and Monetary Union (EMU), Schengen Agreement or, just recently, the Permanent Structured Cooperation (PESCO). They show that allowing “those who want to do more“ does not necessarily result in the “liquidation of the European Union”. Just the opposite, it helps to overcome deadlock. In some cases, integration among some is preferred to standstill for all.

There are no clear answers as regards the effects of differentiated integration on the EU as a whole: whether it creates a fresh impetus for further deepening or it pushed the union toward a permanent core-periphery structure. But contrary to what the critics say the EU will not dissolve. In fact, the EU is already diverse and differentiated. Out of 28 Member States, 19 countries belong to the eurozone. The Schengen space (26 members) is composed of both the EU and non-EU, just like the single market which has wider coverage (31, including the EEA members). Finally, there are 22 countries that are inside both NATO and the EU. Flexible integration has not broken the Union, it helped it to survive.

As before, to respond to the long list of current challenges – that includes Brexit, an unfinished eurozone, the arrival of refugees, nationalist populism and disrespect for the rule of law in some Member States – some leaders and experts reverted to the tested concept of differentiated integration.

Last year, French President Emmanuel Macron presented his ambitious reform package on how to renew and rebuild the European project in which he called for a core of "avant-garde" countries to lead the way in deepening EU integration. At the same time, the European Commission published five scenarios for the future of the EU to examine which kind of a Union Member States are ready for, with at least one of the scenarios explicitly exploring the differentiated integration model. Finally, before summer France and Germany signed the so-called Meseberg Declaration in which they, among others, backed the further integration of the eurozone members by proposing a eurozone budget.

But as it similarly happened in the past, the Franco-German proposal was not well received across the EU.  The proposals for flexible, enhanced or deeper cooperation are usually perceived as potentially divisive (the same happened with PESCO in the past). This time, some analysts thought of the Meseberg Declaration as a “lost opportunity” to complete the EU’s banking union project. Others found it too ambitious in proposing a eurozone budget. For instance, Finland and Ireland were among a handful of states that supported Dutch Prime Minister Mark Rutte’s rejection of a eurozone budget. Central European states currently outside the eurozone also took a similar attitude. Poland and Hungary argued that the creation of a separate eurozone budget would eventually lead to a more multispeed Europe. To put it simply, there are fears that a separate eurozone budget will enhance the cooperation among 19 Member States and move the non-eurozone Member States to a different category of Membership.

Even though it would be desirable for the EU to move ahead on key policies, it does look like the skeptics are likely to prevail in the short run. There are at least three reasons why Europe will not swiftly transform into a two-speed entity. First, apart from a few Members States, support for deeper integration in the EU is waning in general. The recent ECFR research reveals only four countries - France, Germany, Belgium and Luxembourg - are committed to more Europe. Others would rather stay away from it (in particular Poland, Hungary and the Czech Republic but also Cyprus, Malta or Austria). It means that, unless it is of existential importance, more Member States would refrain from enhancing cooperation on the EU level.

Second, French President Emmanuel Macron, an architect of the recent push toward a multispeed Europe, has troubles at home. His approval rating has dropped from 65% in May 2017 to 31% this month, according to Ifop, a French pollster. Without good results and backing at home, the French President will not be credible at the EU level, therefore not able to push his European agenda further. What is more, even if German Chancellor Angela Merkel supports President Macron’s ambitious plans, she still wishes above all to bridge the East–West divide and keep the club together.

Third, Brexit and the preparation for the upcoming elections to the European Parliament in May 2019 may slow the reformist agenda of both Member States and EU institutions. Many would be focusing on the transition process rather than investing in risky, given the recent circumstances, endeavours.

Debating its future, the EU is again walking the slippery slope of differentiated integration, where one must balance carefully between the opportunity to make progress and the risk to trigger divisions. But given the lack of public passion for integration in general and the domestic trouble of its remaining proponents, even if a multi-speed Europe is inevitable and could make the EU shine again, at least in the short term, it will not be materialising. The sceptics of the multi-speed idea may sleep easy.  At least for now.

Note: This article is published within GLOSBEC DIFF GOV – „European Governance: Potential of Differentiated Cooperation“ project supported by Jean Monnet Activities of the EU Programme Erasmus+. The topic of differentiated cooperation will be discussed at the GLOBSEC Tatra Summit on 5-6 October 2018.

"The European Commission support for the production of this publication does not constitute an endorsement of the contents which reflects the views only of the authors, and the Commission cannot be held responsi­ble for any use which may be made of the information contained therein." 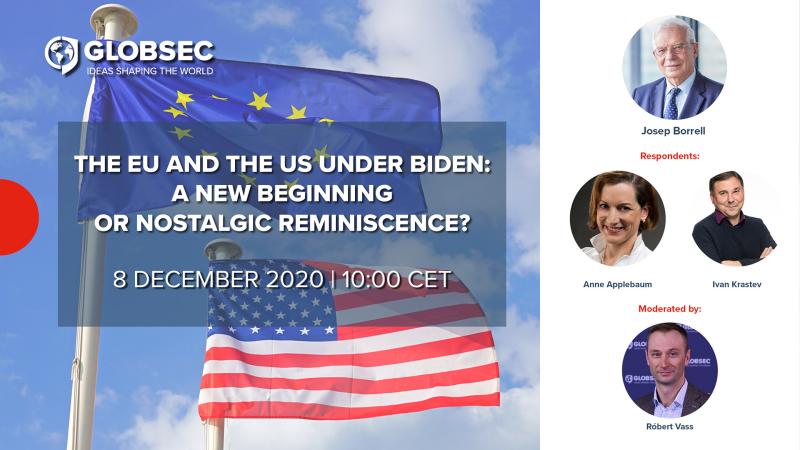 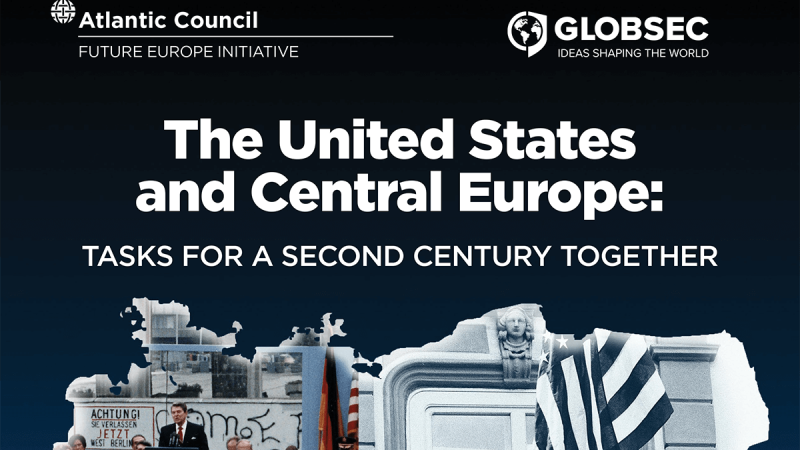 The United States and Central Europe: TASKS FOR A SECOND CENTURY TOGETHER

The year 2019 marks one hundred and one years of relations between the United States and the countries of Central Europe that emerged from the wreckage ... 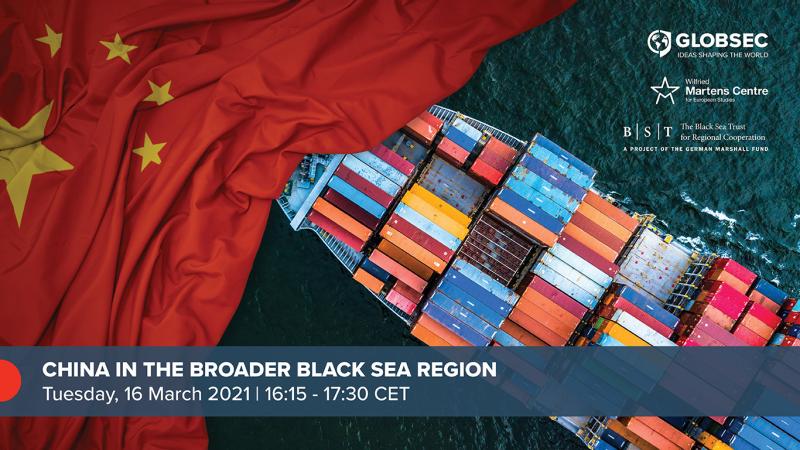 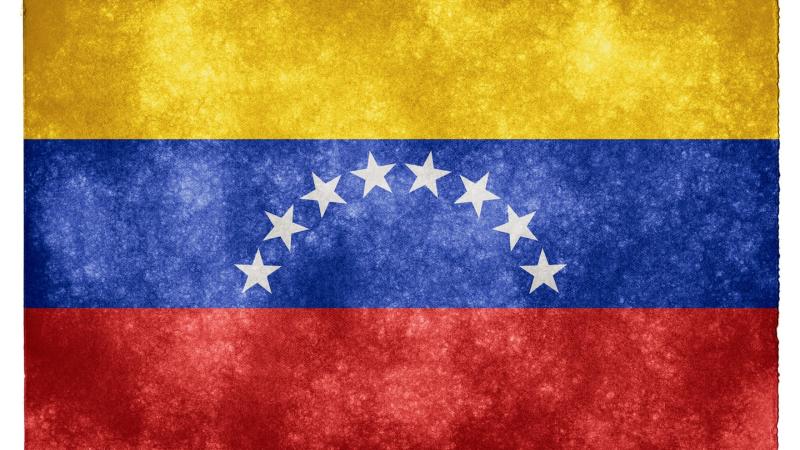 Over the past few years,