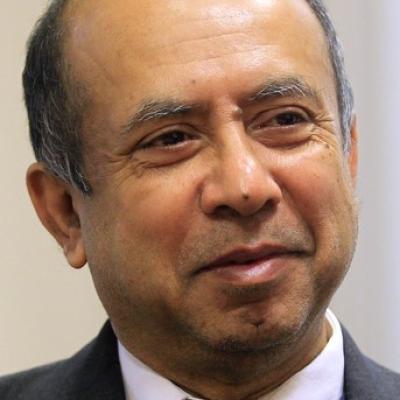 Chief Economist, Ministry of Finance of the Slovak Republic, Bratislava

Biswajit Banerjee is Chief Economist at the Ministry of Finance of the Slovak Republic since August 2017. He was previously Chief Economist at the Bank of Slovenia and a member of the Monetary Policy Committee of the European Central Bank during April 2014‒July 2017. Dr. Banerjee is a former senior staff member of the International Monetary Fund, where he led surveillance and programme missions to several countries in central and southeastern Europe. He also previously taught at Haverford College, the Wharton School of the University of Pennsylvania, and the University of Oxford.

Dr. Banerjee is a graduate of the University of Delhi and received his doctorate in Economics from the University of Oxford, which he attended as a Rhodes Scholar. He has authored one book and co-edited three books, and has numerous research publications in leading academic journals.”