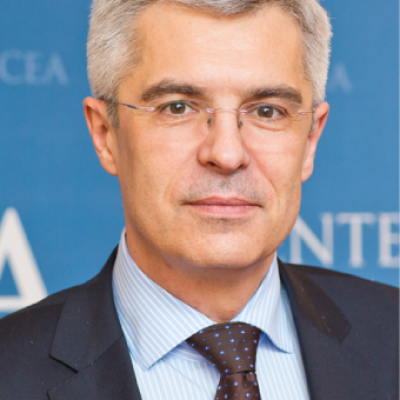 Ivan Korčok has been appointed Minister of Foreign and European Affairs of the Slovak Republic on 8 April 2020 after some thirty years of experience, being recognised among the most skilful members of Slovak diplomatic service.

His latest engagement was representing the Slovak Republic as Ambassador Extraordinary and Plenipotentiary in Washington, D.C. Prior to this, he served as State Secretary of the Ministry of Foreign and European Affairs from August 2015. Between May and December 2016, he served as Government Plenipotentiary for the Slovak Presidency in the Council of the EU. During the first Slovak EU Presidency, he represented the Council as Minister Délégué before the European Parliament.

Minister Korčok began his career in 1992 at the Ministry of Foreign Affairs where he held many senior positions including Director of the Department for Policy Planning and Analysis (1997-1998), Director General of the Directorate-General for International Organizations and Security Policy (2001-2002), and State Secretary (2002-2005).

In 2003, he served as Head of Delegation of the Slovak Republic on Accession Talks to NATO and Member of the European Convention in Brussels.

Ivan Korčok has been a firm believer in strong EU and NATO and a committed supporter of transatlantic relations.