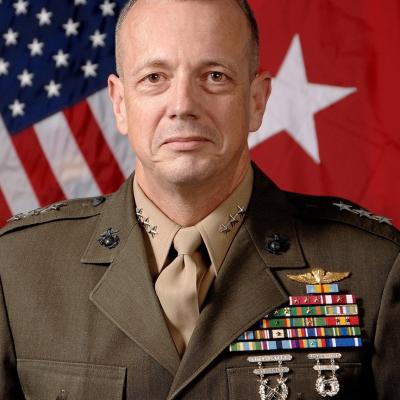 John R. Allen is a retired U.S. Marine Corps four-star general and former commander of the International Security Assistance Force in Afghanistan. Prior to joining Brookings as senior fellow and co-director of the Center for 21st Century Security and Intelligence, Allen served as special presidential envoy to the global coalition to counter ISIL, a position he held for 14 months. Immediately following retirement from the Marine Corps, Allen was the senior advisor to the secretary of defense on Middle East Security, and in that role he led the security dialogue with Israel and the Palestinian Authority for 15 months within the Middle East peace process.