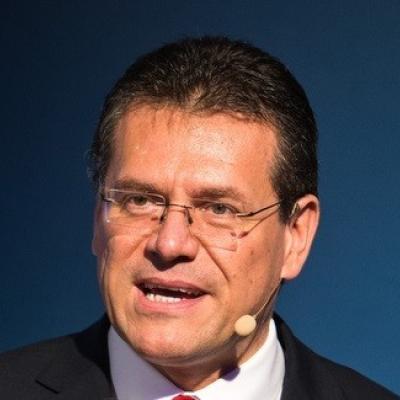 Prior to this appointment, he served as Vice-President for Inter-institutional Affairs and Administration and was a member of the European Commission responsible for education, training, culture and youth.

Before joining European Commission, Mr Šefčovič served as Slovak Permanent Representative to the EU and as Counsellor and Deputy Head of the Slovak Mission to the EU in Brussels. He also held numerous positions at the Slovak Ministry of Foreign Affairs, including Director General of Bilateral Cooperation Section, Director General of European Affairs Section and Deputy Director of EU and NATO countries department. Formerly, he served at embassies in Tel Aviv in Israel, Ottawa in Canada and Harare in Zimbabwe.

Mr Šefčovič holds degrees from the Moscow State Institute of International Relations and Comenius University’s Faculty of Law in Bratislava. He also completed numerous professional courses in France, Zimbabwe, Israel, Austria and the United States and has been awarded Chatam Sofer Medal for promotion of Slovak-Israeli relations.