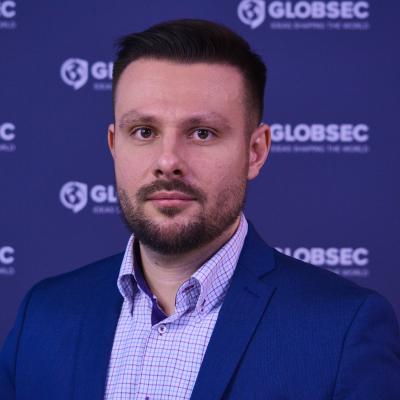 Milan Solár studied International Affairs and Diplomacy at the Matej Bel University in Banská Bystrica, where he received a Master's degree in International Relations in 2010. In addition to his study, Milan has been actively involved in non-governmental sphere related to foreign-policy, security and defence issues. Starting from 2005, he was a leading member of the Euro-Atlantic Center, where he was responsible for several programs and projects. In 2007, he was elected President of the organisation for a one-year term. After joining SAC in 2008, Milan was primarily responsible for communication with the panellists and audience of flagship projects of the SAC - GLOBSEC 2009 and the New Challenges-Better Capabilities conference. Since 2010, Milan has been supervising the GLOBSEC Forum as its project director. He also oversees the Chateau Béla Central European Strategic Forum and the GLOBSEC Chat projects. Since 2016, Milan has been managing the GLOBSEC, in capacity of Chief Executive Officer.