In Defence, the EU Needs All the European Help It Can Get: Association of Non-members with the European Defence Agency

Non-members of the EU that are important security partners should be encouraged to join the European Defence Agency because it can foster innovation and competitiveness in the defence industry in the long run.

If one puts aside the quest to bolster the EU’s “strategic autonomy” in defence and security, which has recently given rise to a lot of controversies, the EU should figure out a concrete way to cooperate with third countries on such matters.

In particular, two inter-linked questions arise: what is the added value for the EU to work with third parties, and what consequences will the European Defence Agency’s (EDA) budget for 2021 have?

The first issue has partially been resolved by the introduction of conditions for non-EU members’ inclusion in Permanent Structures Cooperation (PESCO). However, the second issue is that the EU’s defence initiatives took a hit by the COVID-19 pandemic which shifted the order of priorities.

In other words, the EDA’s budget consists of the general budget approved by the Steering Board, which granted the Agency 37.5 million euros with a reduced operational aspect for 2021, and individual projects like the European Defence Industrial Development Programme where the EDA cooperates with European Defence Fund (EDF) – which has just received 30.2 per cent less funding under the Multi-annual Financial Framework (MFF) for 2021-27 than initially proposed by the Commission.

The Agency is tasked to foster innovation and competitiveness in the defence industry which is to then be addressed by the EDF that has just lost its pocket money. When the Croatian State Secretary for Defence, Tomislav Ivić, said that the defence budget “needs to be approached carefully,” this surely is not what he meant.

Add this to the estimate of 11 per cent of overall cuts to European defence since 2008, according to DGAP, and only seven EU Member States actually reaching the prescribed two per cent of GDP on defence and military.

The first-ever Coordinated Annual Review on Defence by the EDA does indeed portray the Member States as missing out “on meeting the collective European benchmarks on ‘collaborative equipment procurement’” which signals that Europe ought to consider its allies as a viable source of muscle.

Piggybacking on the US

In the annual 2020 report on the state of the Common Security and Defence Policy (CSDP), the European Parliament “warns of the danger of a lack of ambition to fund European defence initiatives in the MFF, combined with significant and uncoordinated cuts in national defence budgets.”

This only strengthens the EU’s image as piggybacking on the US for its defence, which shows no intention of decreasing unless Europe takes a hard look in the mirror and equips itself with the necessary tools to live up to its aspiration.

”Europe’s federalists like Guy Verhofstadt are quick to point out that the EU spends 45 per cent as much as the US in defence but can only perform 15 per cent in terms of its military compared to the US.”

Despite the cuts in the final MFF, the fact that the EU is setting conditions for third-country participation and that Europeans are eager to establish new defence initiatives does ultimately reflect an ambition for the Union to have the ability to protect itself if and when it needs to.

As such, came the European Defence Agency. Mostly known amongst policy wonks, the EDA was established in 2004 – long before the more recent projects like PESCO – for the purpose of weapons’ procurement, increasing the competitiveness in the so-called ‘marketplace’, assisting the CSDP with coordination and distribution of capabilities, as well as signing Administrative Arrangements (AA) with non-members.

The conditions under which non-members are permitted to have a seat at the big Brussels table include adherence to the EU’s fundamental norms, transparent exchange of information that can be coined as being “of common interest”, and reciprocal respect for self-determination in the area of policy-making of both entities.

To this day, the non-members with an AA are Norway, Ukraine, Serbia and Switzerland. These participate in the EDA’s projects via providing valuable expertise in areas where the Agency needs external input to allow for greater progress and to boost the interoperability of the EDA (for example, the Project and Preparatory Action on Defence Research).

The third countries are even authorised to have staff members stationed in the EDA’s headquarters to increase the efficiency and responsiveness if required but are, unsurprisingly, stripped of their voting rights.

After all, Europe has traditionally been more successful in protecting its decision-making autonomy in defence and security than actually achieving the by-some-desired integration in this area.

This said, the EU is going in the right direction – or at least it wants to.

Experience with research, innovation and armament

Norway is a case to the point as it was the first non-member to sign the AA with the EDA in 2006 and keeps playing a crucial role in the research and technology programmes of the Agency.

In fact, 25 per cent of Norway’s defence equipment is exported beyond its border to its European neighbours, and on top of that, it has been contributing the necessary means and personnel to past civilian and military CSDP missions.

Therefore, the importance of the Norwegian contribution is not merely intellectual through the EDA’s programmes as Norway’s experience with research, innovation and armament might exceed that of some of the EU Member States, but Oslo unequivocally supports the European boots on the ground.

Although the formal discussions are restricted to biannual meetings under the arrangement and the talks with the High Representative for Foreign and Security Policy are somewhat ad hoc, Oslo has also been provided with access to the European Defence Fund and PESCO.

Short of outright EU membership that most Norwegian mainstream parties favour, the Norwegian government should join the EDF, as it will prove more expensive for Oslo in the long run if it chooses not to while it would simultaneously aid the EDA’s current forecast. If the innovation capacity cannot be internally funded, Norway is more than welcome to externally initiate it.

Norway’s defence exports to the EU are due to fall by 60 per cent if it refuses the seat at the table. This result is, luckily for both the EU and Norway, unlikely.

Assuming a holistic perspective of events, one cannot help but wonder whether if the EU “needs to learn the language of power,” as the Commission President Ursula von der Leyen stated, it can do so without opening up to third parties – especially to prevent the European defence from being ‘infected’ by the virus.

Even as Europe breathes as a sigh of relief with the election of Joe Biden, the EU must not forget that its allies, no matter how small, are also on this very own continent. 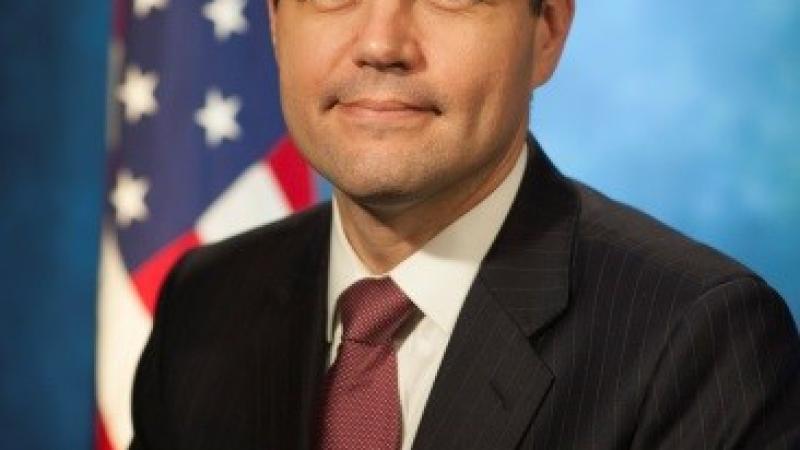 It's day 2 of the #PragueSummit18, and GLOBSEC is set to make an interesting contribution to proceedings. 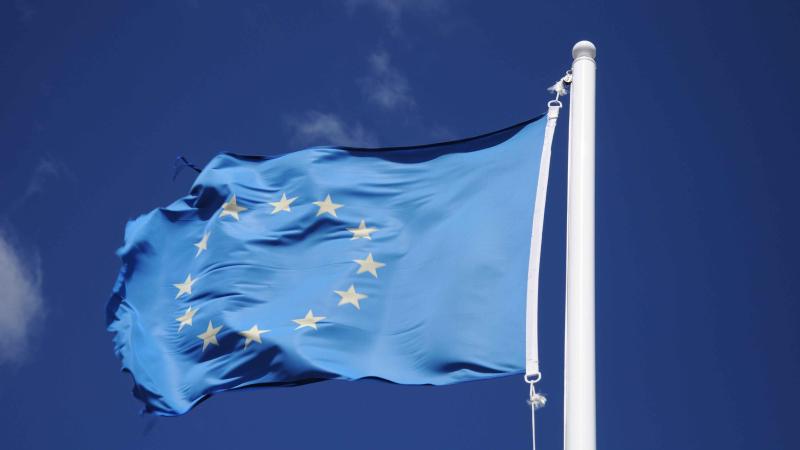 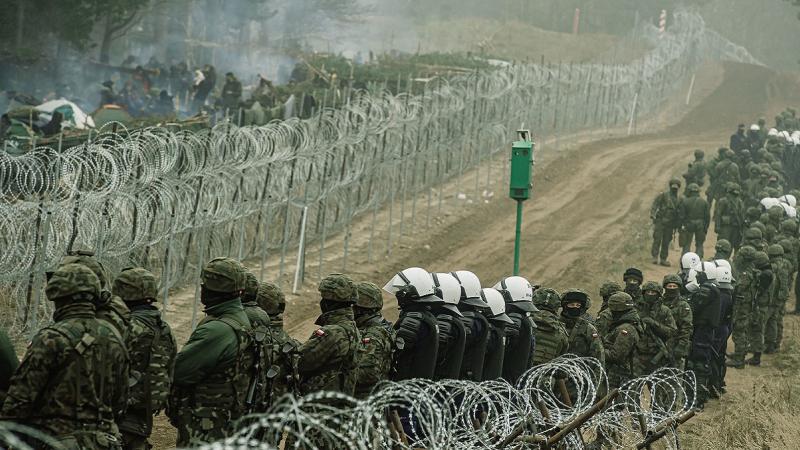 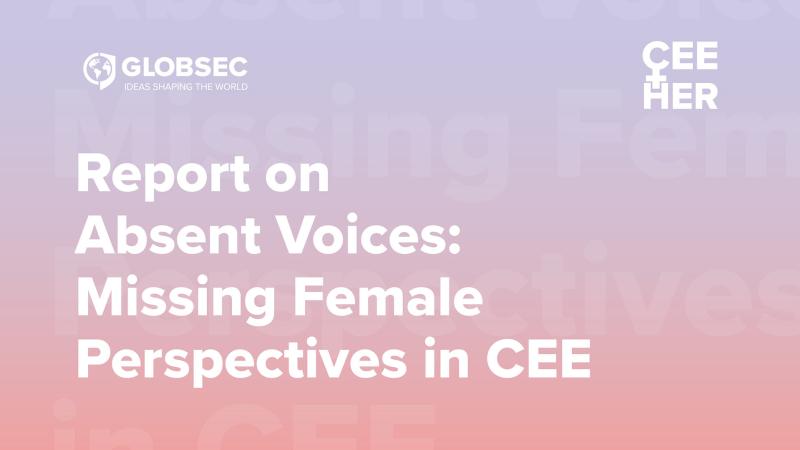 The Report on Absent Voices: Missing Female Perspectives in CEE, produced by GLOBSEC with the support of the Open Society Foundations, aims to shed ligh...