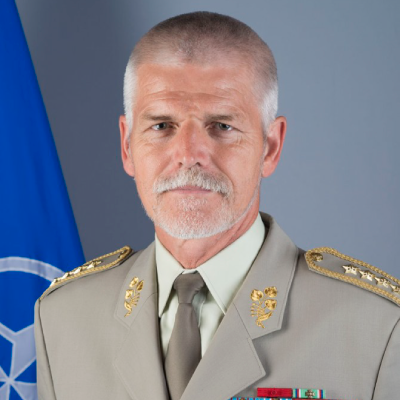 General Pavel was appointed Chairman of the NATO Military Committee on 26 June 2015 where he served until June 2018.

From July 2012 to May 2015, General Petr Pavel served as Chief of the General Staff of the Czech Armed Forces, the highest-ranking officer in the Army and the principal military adviser to the Czech Government.

General Pavel graduated from the Army College in Vyškov (CZE) in 1983. Throughout his career, General Pavel has held a wide range of positions, the most prominent being Deputy Military and Air Attaché of the Czech Republic in Belgium, Commander of the Czech Special Forces, Deputy Director Operations Division at the Czech Ministry of Defence, National Military Representative to the US Central Command and National Military Representative to SHAPE in Belgium.

Furthering his education, General Pavel has studied at the Camberley Staff College, the Royal College of Defence Studies and obtained an M.A. in International Relations from King's College.