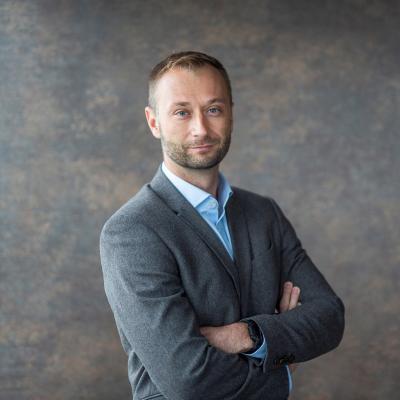 Founder and President of GLOBSEC (Slovakia)

Róbert Vass is the founder and President of GLOBSEC, a Bratislava-based think tank committed to enhancing security, prosperity and sustainability in Europe and throughout the world. GLOBSEC’s mission is to shape the future by generating new ideas and solutions for a better and safer world. Róbert currently manages an international team of more than 60 people composed of 12 different nationalities with the headquarters in Bratislava and a satellite office in Brussels.

GLOBSEC Bratislava Forum, established by Róbert in 2005, is among the top 5 conferences in the world alongside World Economic Forum or Munich Security Conference. The Forum regularly welcomes more than 1300 guests, including heads of state, senior-level politicians and business executives, international media, as well as respected thought leaders from the non-governmental and think-tank sectors. GLOBSEC events have been attended by high-level guests such as Emmanuel Macron, David Cameron, Donald Tusk, Madeleine Albright, Mike Pompeo, Ursula Von der Leyen and many other distinguished guests. GLOBSEC also organizes the annual GLOBSEC Tatra Summit, a conference that provides an opportunity for experts to have constructive public-private discussions on the future of Europe.

Róbert works with a widely respected global network of leaders from both the public and private sectors. He was also instrumental in establishing the GLOBSEC Policy Institute which provides high-quality research materials for a global audience where its analysis and recommendations have been featured by international media outlets such as CNN, BBC, and the New York Times, GLOBSEC’s experts have delivered briefings for the European Parliament, French Senate, and additional representatives of governments and international institutions.

He collaborates closely with GLOBSEC’s International Advisory Board that counts titans from the fields of politics business and academia like Carl Bildt, former prime minister of Sweden, General John Allen, President of Brookings, Toomas Hendrik Ilves, former president of Estonia, Baroness Catherine Ashton, former High Representative of the Union for Foreign Affairs and Security Policy and former First Vice President of the European Commission and many more. Róbert is also an active member of the advisory board of the Counter Extremism Project.

In  2020, Róbert received the Golden Plaque of the Minister of Foreign and European Affairs of the Slovak Republic, on behalf of GLOBSEC for their significant contribution to the shaping of foreign and European policy, social discussion on foreign, security and European issues and a positive presentation of the Slovak Republic abroad. In 2017, he received a special award from the Governor of the National Bank of Romania in recognition of his efforts to create a safer transatlantic community. In 2014, the Mayor of Nové Zámky Otokar Klein recognized Róbert for his distinguished promotion of the city within the Slovak Republic and abroad and was the nominee for „Manager of the Year“ that same year.

Before establishing GLOBSEC, Róbert was elected the president of Euro-Atlantic Centre (EAC) in 2002, a  nongovernmental student organisation and held the position until 2006. EAC strives to connect young professionals passionate about international relations, foreign policy and security policy. Róbert also represented the Slovak Republic and EAC in the international association Youth Atlantic Treaty Association. Róbert holds his Master’s degree from the Faculty of International Relations and Political Sciences at Matej Bel University in Banská Bystrica.