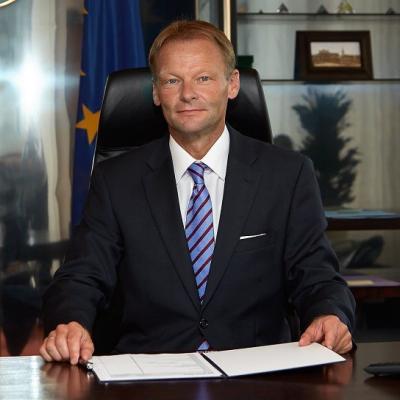 Chief Negotiator for the EU Budget (SK EU PRES 2016) 04/2016 –10/2016
MINISTRY OF FINANCE OF THE SLOVAK REPUBLIC | Bratislava, Slovak Republic
In charge of the negotiation of the EU Budget 2017 during the Slovak EU Presidency with European Commission, European Parliament and EU Member states

Minister of Economy 06/2015 –03/2016
MINISTRY OF ECONOMY OF THE SLOVAK REPUBLIC | Bratislava, Slovak Republic
Overseeing the energy sector and energy utilities in the state ownership; in charge of policy guidelines and legislation for industry, growth and competitiveness, entrepreneurship, innovations in business, investment environment of the Slovak Republic; development of the trade, investment and business opportunities; management of the state-owned utilities and property

Vice – President 2014 –2015
ECONOMIC AND FINANCIAL COMMITTEE, THE COUNCIL OF THE EU | Brussels, Belgium
In charge of the preparation of EU legislation, and policy guidelines for the ECOFIN and EUROGROUP meetings
Chairman of the Board, SLOVAK INVESTMENT HOLDING & SLOVAK GUARANTEE
AND DEVELOPMENT BANK; Member of the Council of the Bank, INTERNATIONAL
BANK FOR RECONSTRUCTION AND INTERNATIONAL INVESTMENT BANK 2014 – 2016