Central Eastern Europe (CEE) has been hit by the novel coronavirus — known as COVID-19 — at a time when upgrades to its industry are overdue, the cost of labour has gone up, the tailwinds from EU funding are about to wane, and the region is in desperate need for a new game plan. With the economy ground to a halt, it is time to pause and contemplate its future.

Central Eastern Europe is an economic success story. Since its transition to a market economy over three decades ago, the CEE enjoyed rapid growth and was catching up with its Western peers. The expansion was fueled by manufacturing, dynamic exports, investment from overseas, inexpensive labour and, more recently, funds from the European Union. This enabled the region to close the economic gap with Western Europe, which meant the standard of living improved.

Yet economic growth had been waning and its engine lost traction well before the coronavirus broke down the door. With good times in the rearview, the region’s competitive advantages like cheap labour withered. The EU’s current funding program is also about to end.

Moreover, the economy’s reliance on manufacturing is a risky game amid the tectonic shifts taking place around the world. Central Eastern Europe remains undercapitalized and under-digitalized. If anything, the economic slump that the COVID-19 pandemic has led to is the region’s wake up call to reinvent itself if it hopes to rise from the ashes in a post-coronavirus world and get back to economic prosperity.

Like most of Europe, the CEE region will have seen its first coronavirus-related economic fallout at the end of the first quarter of 2020. It is reasonable to expect the second quarter to be cataclysmic in terms of GDP losses. The third quarter should exhibit some signs of an awakening in economic activity, culminating in the winter months. It is sensible to expect subdued dynamics in real economic activity far beyond 2020.

Taking Out Both Legs

Domestic demand, especially in household consumption, was a dependable source of growth for the CEE over the past decade. Conventional industries, particularly automotive manufacturing, have driven the region’s exports and provided a backbone to the economy. The COVID-19 outbreak and the necessary containment measures that have occurred throughout the region will have struck the legs of the CEE economy.

To contain the coronavirus and reduce its spread, protective measures in Central Eastern Europe have included restricting cross-border travel, banning public events, closing retail outlets (except for critical ones), limiting production in industry, enforcing quarantines and encouraging people to stay at home. Public health concerns aside, CEE legislators are rushing to respond with a stimulus to maintain the economy’s basic functions and provide a lifeline to the most vulnerable in society.

Central bankers across Europe have continued the course of synchronized monetary easing to maintain liquidity and a provision of credit. To that end, they combine rate slashing — such as in Poland and the Czech Republic — with asset-buying, like the European Central Bank’s pandemic program that is accessible to the CEE’s eurozone members.

The ultra-easy monetary stance is accompanied by national fiscal stimuli to support firms and employees at risk. To date, the CEE has seen employer refund schemes to compensate for wages paid while employees are on leave, as well as tax filing deferrals, frozen debt enforcement measures, moratoria on statutory periods of limitation and the accumulation of interest on debt between certain periods, and subsidies of employee social security income. More aid is expected.

The question remains about whether the vast fiscal effort is financed by loans or funded by a permanent increase in the supply of money. In his work, Austrian economist Friedrich von Hayek believed that political ends should not meddle with price stability. He argued in favour of “dissolving the unholy marriage” between monetary and fiscal realms. Contrary to that, the Organization for Economic Cooperation and Development (OECD) recently suggested that fiscal backing could be financed by a permanent increase in money supply, as long as central banks retain their independence and economies operate below their potential.

In any case, if the last decade was ruled by monetary policy, it is now the moment of fiscal policy. However, given budget limitations, cross-country coordination should be key in helping to reinforce the mutual effects of these measures against the common enemy.

Seeing Beyond the Storm

The size of the slump will depend on the duration of the containment measures, the restoration of existing manufacturing supply chains, and the overall speediness and efficacy of the public response. To get a rough idea of the magnitude at a country level, the National Bank of Slovakia estimates that the Slovak economy should contract by between 4.5% to 9.4% in 2020, leading to the temporary unemployment of 75,000 to 130,000 people. But could Central Eastern Europe see beyond these devastating numbers and turn the crisis into an opportunity?

It turns out that plagues are effective in uncovering dysfunctional economies. In the CEE, it has underscored the region’s underdeveloped digital landscape. There is no good reason why in times like these that people shouldn’t be comfortably serviced by online-based companies when it comes to basic necessities like food and medicine. If anything, shortages, late deliveries and cancelled orders suggest a lack of smart inventory management and digital tools in the region. It may also indicate that only a small number of businesses in some CEE countries have an online presence and digital infrastructure.

The under-digitalized and undercapitalized region, with its outdated industry and lagging productivity, is uniquely situated to harness the digital opportunity in its path. A 2018 report by McKinsey estimated that “by closing the digital gap with Northern and Western Europe, CEE could earn up to €200 billion [$217 billion] in additional GDP by 2025—a gain almost the size of Portugal’s entire economy.”

In China, the 2003 SARS epidemic led to the cultivation of its then-nascent e-commerce sector. Central Eastern Europe can follow suit not only to weather this storm but also to lay the ground for the region’s much-needed economic renaissance.

This article was originally published on the Fair Observer website on 2 April 2020. 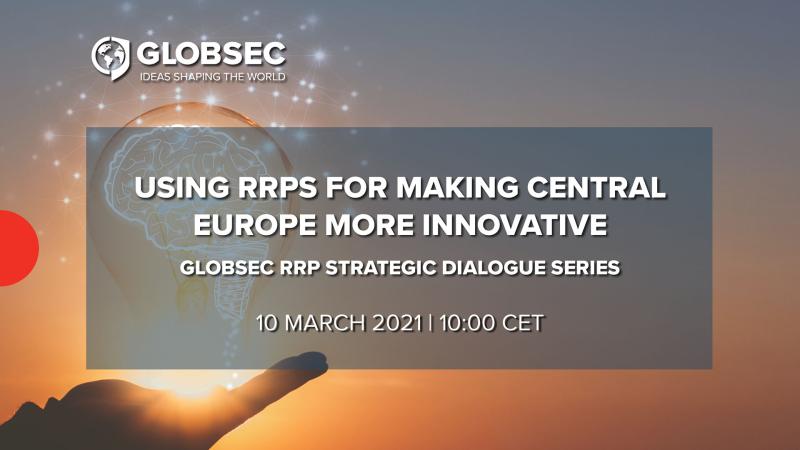 GLOBSEC is organizing a series of regional working-level Recovery and Resiliency webinars across different thematic streams. We would like to invite you... 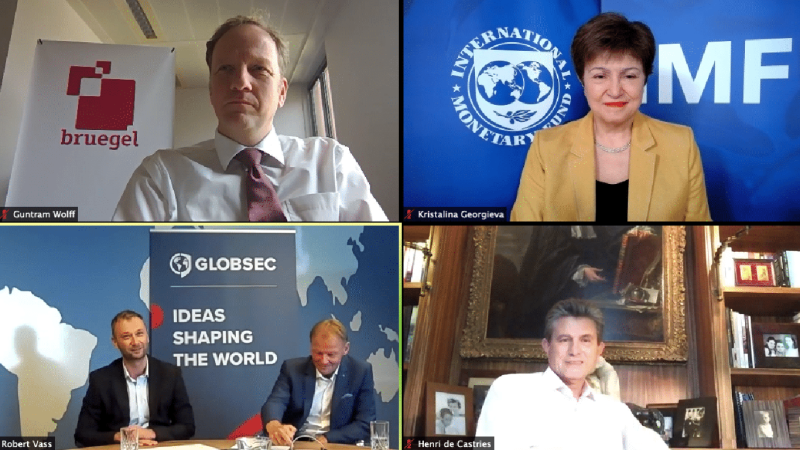 ‘Please Spend as Much as You Can, but Keep the Receipts’ 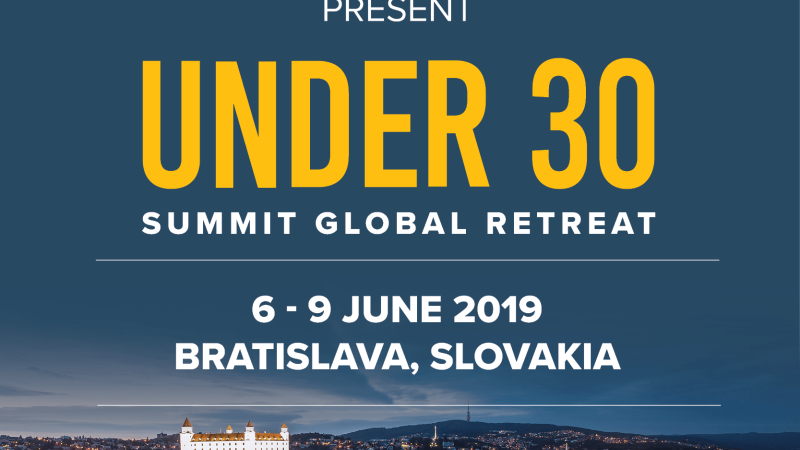 Forbes Partners with Forbes Slovakia and GLOBSEC to Host First-Ever Under 30 Summit Global Retreat in Europe An elite community of young entrepreneurs a... 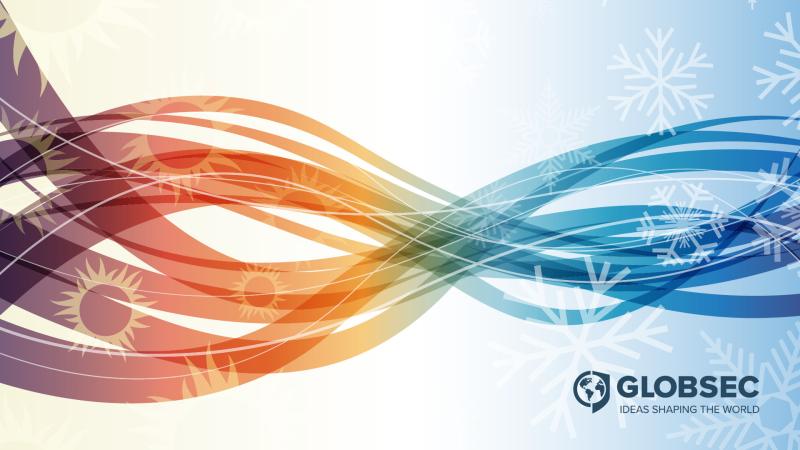 Heating and cooling (H&amp;C) is the EU’s biggest end-use sector, comprising 50% of final energy consumption, 80% of which is used in building systems t...